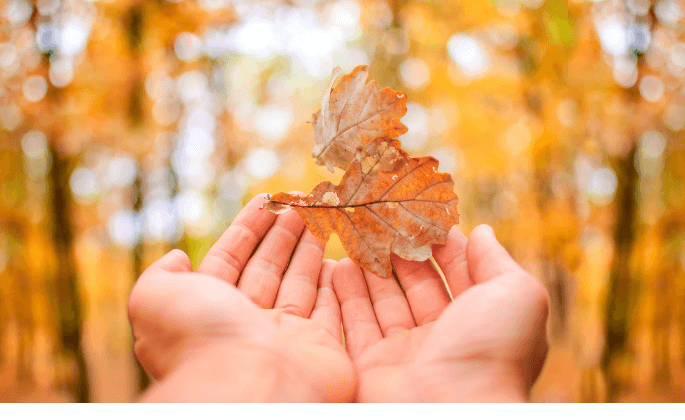 What surprised you most about the process of recovery?

Once I made my mind up that I was going to get well, residential treatment was enough support to disengage my automatic behaviors, use skills I previously learned, and develop new habits that I still practice today. I thought for sure my body would have a harder time acclimating to digesting food and being able to process what I digested. Our bodies are amazing. After more than twenty years in my ED, I was able to habituate in less than two weeks.

Boundlessness: A Q&A with Caitlin Leigh 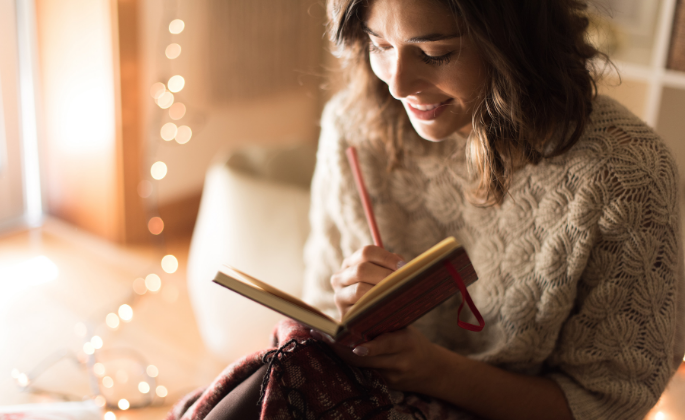 Caitlin Leigh is a life coach and author who experienced a multi-faceted eating disorder for over 14 years. She has now been recovered for over 5 years, and continues to heal through creative expression, solitude, travel, and reconnecting with nature. Caitlin recently published a new book of poetry, Boundlessness. She talks with us about it here.

Tell us about your new collection of poetry!

My new collection of poetry is called Boundlessness, which was my intention and word for the year. I wanted to bring more openness and expansion into my life and release any resistance, and Boundlessness was a great way to encapsulate this. This book really expresses all the human emotions we experience on a daily basis, along with simple reminders of our inherent worth and beauty.

Here are two poems from Boundlessness, “Panna” and “And I giggle.”

Some days
It feels as though
My heart
Has left my chest
-I run-
Some days
My chest
Burns
As bright
As the golden sun
-I stay-
And some days
I sit with
The quietness
Of my heart
And bask
In infinite
Bliss.
-Panna (wisdom)-

When, Why, and How to Use Meal Plans in Eating Disorder Recovery 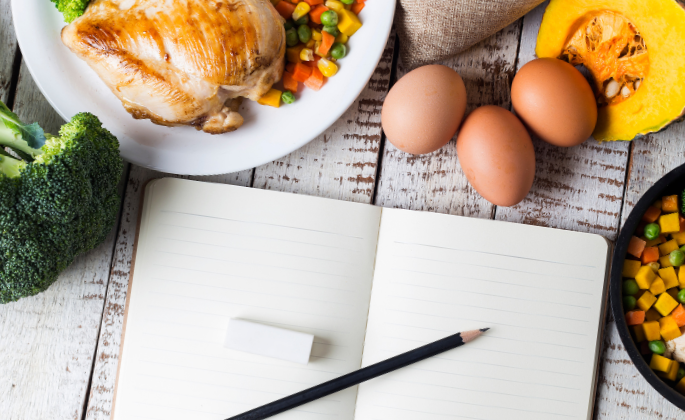 Individuals with eating disorders frequently employ a meal plan developed with the help of their dietitian. This plan provides structure and supports a person in having the type and amount of food their body needs, divided over consistently timed meals and snacks.

The level of structure provided by a meal plan can vary from a highly detailed exchange-based plan to a more general entrée-sides plan to more of an intuitive eating-based approach. No meal plan style is necessarily better than another; what is important is that it provides the right level of support for that person at that time. As a person’s ability to manage food intake changes, their meal plan is often adjusted as well. Let’s look at some of the different styles of meal plans in a bit more detail.

Giving It My All to Recover for Good 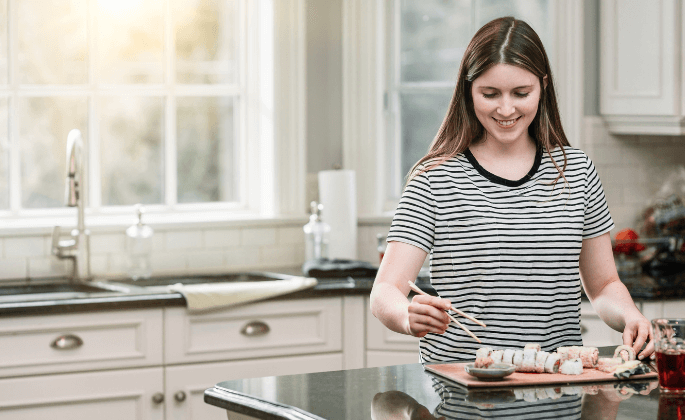 I became willing to take a look at my life seriously in 2013 when I found the PHP program at The Center for Balanced Living (now The Emily Program – Columbus). Prior to this, as is the case for many of us, I had already been in and out of the eating disorder recovery realm for many years. I would begin treatment with a zest for life and a willingness to get up every day and actively participate; however, at some point I would start ruminating over my physical body and begin negatively appraising myself. My zeal would fizzle out. Waking up in the morning became grueling, and I would find myself looking for ways to be alone so that I could sneakily go back to engaging in behaviors. And just like that, I’d be sitting in treatment, longing for the day when I could freely engage in behaviors once more. I began to lose heart as the obsession of the mind grew more rampant the more I gave in to it, all the while I sat in group taking notes, participating in activities, and learning how to live life one day without my eating disorder. My time at CBL was not for nothing, though; I had an arsenal of skills and tools at my disposal just waiting to be used.

It took me a while to hit a bottom miserable enough to become honest, open, willing, and consistent with recovery. At some point the behaviors and rituals became a chore I dreaded having to endure, and I began fearing the inevitable if I did not stop. However, as a result of my biological dependence on ED, I was going to need a higher level of care, no matter how “done” with it I had become. I had experienced residential treatment centers before, many of which felt very hospital-like and restrictive, causing me to have a lot of apathy toward the process. I also had some food intolerances I knew about, as well as ones I was not aware of, causing me to need a residential program that allowed me to avoid the foods I knew I could not tolerate, rather than giving a finite number of foods on a “does not eat” list. I promised myself that, should I find a residential place that took into consideration my individual needs and proclivities, I would give it my all and recover for good.

Why Do Others Still “Get” to Diet? – On Missing Dieting in Eating Disorder Recovery 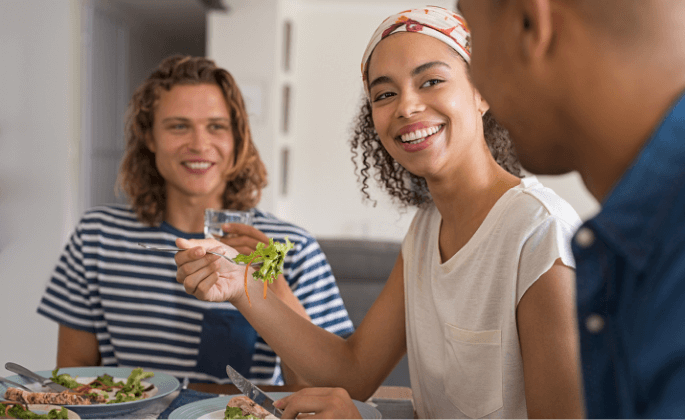 Why do they “get” to drink that, we wonder as our friend gulps the Diet Coke in their hand, a glass of milk in ours. And why is it “okay” for them to order from the “Lighter Fare” menu?

Why are my parents “allowed” to pack their carts with reduced-fat groceries and my sister to stick to sugar-free candy? Why can’t I skip the butter cube at dinner or pass on the dessert brownie?

It is normal to miss dieting in recovery, just as we can miss our eating disorders. And it is difficult, especially early on, to witness the dieting still going on around us. We might feel jealous, frustrated, or annoyed by it. We may feel that others’ dieting is something being done to us, like salt in a wound we are trying to heal.

Why do others still “get” to diet while we don’t? Why do we “have” to make another choice? Why might all of this bother us so much?

The questions are worth asking.

Recovery Conversations: A Q&A with Shannon 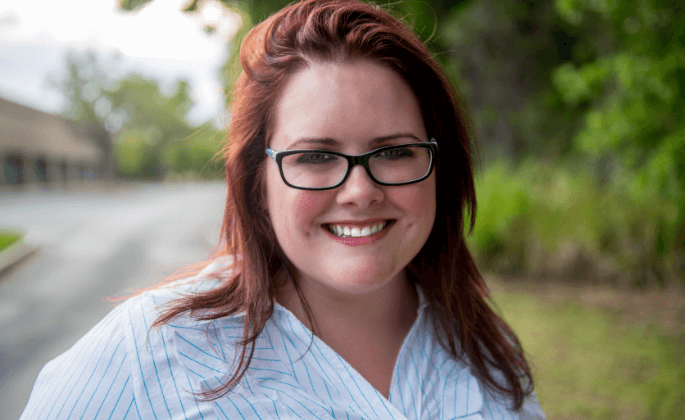 Recovery Conversations is a question-and-answer series that shares voices and stories of eating disorder recovery. Shannon, a woman in recovery, opens up here about the recovery process and the resources, support, and self-care activities she has found helpful.

How would you describe recovery to someone currently struggling with an eating disorder?

It’s true when they say that it is REALLY hard. It is exhausting, uncomfortable, and might even be painful sometimes. Sometimes you might wonder if it is really better than life in your eating disorder, and you might miss your eating disorder. This is all normal. It is NOT a sign that you’re not cut out for recovery. If you could survive your eating disorder, you can survive recovery and experience not just the tiring, hard moments but the little glimpses of freedom that you get along the way.