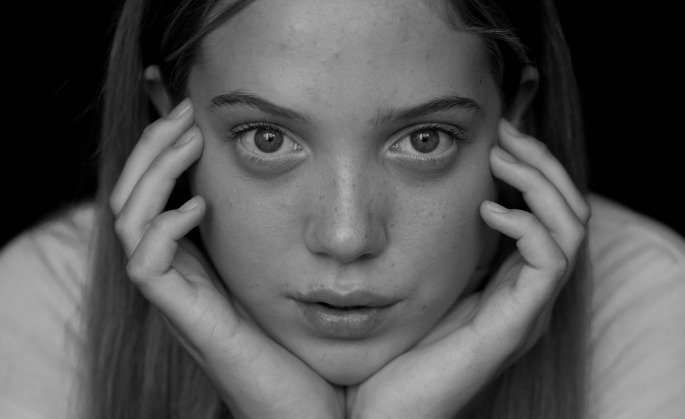 Josey is the parent of Peter. Josey is worried because Peter seems to have become obsessed with what he is eating and has become extremely committed to his martial arts class in a way that seems excessive compared to the class expectations. Peter is running in addition to 5x/week classes and asking Josey to buy special foods for him – low fat, low sugar, low carb, high protein kinds of foods. He doesn’t really eat with the family anymore, but that’s not so unusual because they are all so busy and often not home at the same time to eat together. He’s lost a significant amount of weight, but he was at a higher weight, so Josey isn’t sure if that’s a problem, or not. Peter is talking about wanting to get “six-pack abs” and seems unhappy with his appearance. Josey has even wondered if he might be throwing up after eating and has tried to watch for behaviors that might indicate that, but so far, she isn’t sure. Peter seems withdrawn and down, but irritable and anxious when engaged in conversation about his day. Josey is worried Peter might be developing an eating disorder, but she doesn’t want to overreact. But, as Peter’s mom, she just knows in her bones that something isn’t right.

Mike is the husband of Sue. Sue is a high-achiever, detail-oriented, loving, high-energy, fast-moving business executive. She likes to run with their dog, loves yoga, and is very supportive of their daughter’s music and theatre activities. Sue works very hard, is a key player at her company, and is well-respected by all who know her. Mike loves her energy and enthusiasm, but over the past few years, he’s noticed that she puts an enormous amount of energy into what she eats, how much exercise she gets, and frets about her body, weight, and appearance. He knows she struggled with an eating disorder when she was younger, but she says that’s in the past. Still, he wonders if her attention to every little bit of food she puts in her body and her incredibly strong need to exercise every day, even when she’s sick or on vacation, are signs that maybe she’s not totally out of the woods with the eating disorder. He doesn’t want to offend her, but he cares so much about her and wants her to be healthy and happy. He also worries that their daughter will feel like she needs to worry about her weight, eating, and body and he doesn’t want to see their beautiful, free-spirited teenager become obsessed or in danger. He has asked Sue about how she’s doing and she always says she’s fine. But, as her spouse, he just knows that something isn’t right.

Julie is a 20-year-old college student. She is stressed out by going to school, working a part-time job, and having enough time to do her homework and hang out with her friends. She likes school and her job is kind of fun, but she’s not quite sure what she’s going to do for a career and puts a lot of pressure on herself to have a plan for her future and be successful. She has been trying to lose weight the last year or so, after gaining a little weight when she went off to college. She is not eating much in the morning or middle of the day, but she finds herself eating a ton of food in the evening, and then she feels horrible about what she has eaten and mortified that someone might find out how much she eats. She swears to herself that she won’t do it again, but the next day, she finds herself in the exact same place in the evening – hungry, stressed, and binge eating, and then regretful, depressed and worried she’ll gain more weight. She feels like she’s running on the hamster wheel of life and doesn’t know how to stop and take break to feel less overwhelmed. She just keeps on going. Her binge eating is a total secret and she can’t imagine telling anyone about it, let alone the things she does to make up for what she’s eaten. But, she knows that she doesn’t want to live like this.

Fortunately, there is help. Recovery – fully recovery – is possible for people with eating disorders. With adequate treatment and time, upwards of 75% or more of people with eating disorders recover from these illnesses. Getting help early is a key to quicker recovery. Getting enough treatment and support is key to long-term recovery. Comprehensive treatment programs that offer a full range of treatment options, from once-a-week outpatient to 24-hour a day inpatient care, can provide the tools and support needed to walk the road to better health and peace of mind.

Picking up the phone to call such help is often the hardest step on the journey. Perhaps, because as humans we so often want to take care of things ourselves. We don’t want to be a burden to others, to our families, to systems. We want to be strong individuals taking care of ourselves, especially in the dark shadow of the unwieldy stigma related to mental health. We don’t realize that eating disorders are an illness that need and deserve care, just like any other illness. We wouldn’t say to ourselves, “I should be able to fix my broken leg myself. It’ll be fine if I just try a little harder.”

Eating disorders need intervention and healing – just like broken bones. They are conditions that some people get, for lots of complicated reasons – none of which have to do with the person or their family not trying hard enough to do the right thing. There are biological predispositions that put some people at much higher risk for an eating disorders. There are societal pressures to look, eat, and move certain unattainable ways and environmental events that deeply impact us and our interaction with the world. When it comes to eating disorders, some people are more susceptible to negative outcomes from these societal and environmental influences, because of their biology and genetics, and are at much higher risk for getting an eating disorder when they change the way they eat.

Perhaps another reason it is so hard to pick up the phone, particularly for someone struggling with an eating disorder themselves, is because everything after that is unknown. What is on the other end of the phone and how might it change their world? People who have been in that situation often say they wondered things like, “How will I cope if I don’t have an eating disorder? What if they take my eating disorder away and leave me with nothing? What if it doesn’t work? How can I possibly change this? Do I want to? How can I not want to?” And the list goes on and on. The worry of what we think might happen can keep us from finding out what will happen and how it may be incredibly helpful to us.

The people on the other end of the phone know that you might be afraid, uncertain, unsure, worried, and reluctant. They know that first phone call is the biggest step you will take on the journey to recovery. They want so much to help you take it because they know, many of them personally, that taking that step can free you up to live the rest of your life in a whole new way with more joy, peace, and health. They also know the worry of parents, of loved ones, of concerned others and can provide information and clarity on the next steps to take.

Don’t let the unknown keep you or your loved ones from health. The unknown is just a place you haven’t gotten to know yet. Trust your instincts and ask for help. You’ll find support, understanding, and hope for a better tomorrow on the other end of the phone.