Words with Wisniewski: The High Cost of Eating Disorders 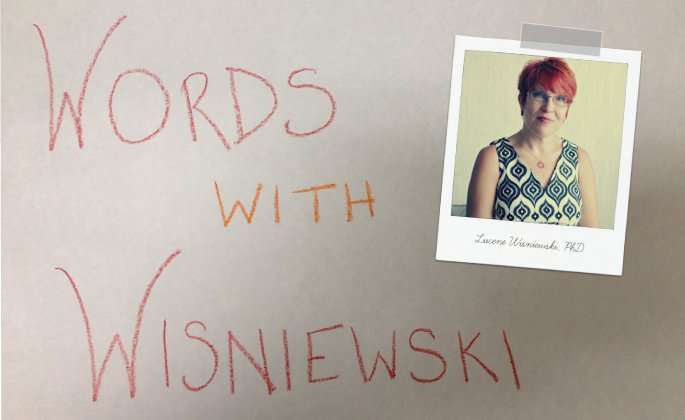 This article talks about the health repercussions of eating disorders. Please use your own discretion. And speak with your therapist when needed.

Eating disorders kill. This is a harsh reality. Our clients are reminded about this fact from their loved ones, doctors and therapists. Yet, many of our clients believe that it will be someone else who dies and not them.

Eating disorders impact about 30 million people in the United States. They are associated with high levels of premature mortality, including an increased risk for suicide. Without treatment, up to 20 percent of people with a serious eating disorder will die. These are sobering statistics.

The question is, which individuals who suffer from an eating disorder will die? And, what exactly do they die from? Can we do anything to prevent those deaths? These questions have been plaguing me since I recently received the tragic call that one of our clients had passed away.

Research suggests that individuals who suffer from eating disorders generally die either from complications secondary to the eating disorder or from suicide. Two large, recent European-led studies highlight the mortality issues related to this illness.

Studies on mortality in eating disorders

The first study appeared online in the International Journal of Eating Disorders (15 Jan 2016). It was conducted in Germany and tracked almost 6,000 inpatients treated for an eating disorder and evaluated their causes of death.

The authors found that patients with anorexia nervosa (AN) died earlier than any other group (bulimia nervosa, binge eating disorder, eating disorder not otherwise specified). The Standardized mortality ratio (i.e., the ratio of observed deaths in a study group to expected deaths in the general population) for AN was 5.35 and thus, more than five times higher than the mortality in the general population matched for age and sex.

This study further found that the factors that predicted a shorter time to death were a diagnosis of AN, chronicity of the illness, later age of onset, not living in a relationship, and an irregular type of discharge from inpatient treatment.

Finally, the study found that suicide was a predictor of a shorter time to death in bulimia nervosa only. AN patients mostly died from natural causes related to their eating disorder.

The second study (interestingly published only days before) looked at suicide and eating disorders. In this study, which appeared last month in the Journal of the American Medical Association, Psychiatry (published online, Jan 13, 2016), the researchers found that the risk for a suicide attempt was significantly higher among individuals with any eating disorder.

This study evaluated more than 16,000 people born between 1979 and 2001. The study was conducted in Sweden, where national registers allow for thorough follow-up and evaluation of individuals and their family members. The participants were evaluated both for eating disorders and suicidality.

Approximately 1.4 percent of females and almost 1 percent of males in this group were found to have had an eating disorder. The authors found that individuals with any eating disorder had an increased risk of suicide attempts, as well as death by suicide. The risks were attenuated but remained significant after adjusting for co-morbid depression, anxiety, and substance-abuse disorders. Interestingly, the relationship was the same in women as in men.

The risk for suicide, the authors suggest, appears to be more a result of genetic predisposition, as opposed to familial factors. “These results suggest that heritable and common risk factors for both eating disorders and suicide attempts may exist.”

The authors conclude that loved ones and treatment providers should remain vigilant for signs of suicidal thinking or behavior, regardless of whether or not the patient suffers from other co-morbid disorders, such as depression or substance abuse. That being said, the presence of those co-morbidities did increase the risk of suicide.

Two of the predictors to shorter time to death in the German study were the length of illness and “irregular discharge from treatment.” As a field, we need to continue to develop effective treatments for eating disorders and for suicide. Dialectical Behavioral Therapy for complex eating disorders may be one such treatment.

At The Emily Program, we are committed to fighting for our client’s lives. We strive to do everything we can so that no one has to receive the tragic call that a loved one has died.