Who Am I Without My Eating Disorder? 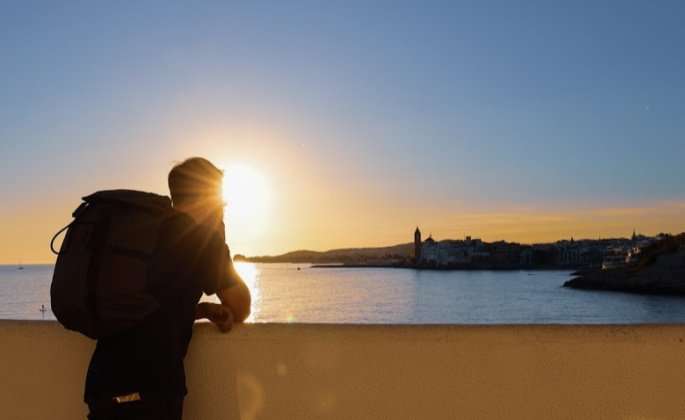 You may have these illnesses, but you are not them.

The question may be met with uncertainty, fear, and anxiety, especially in the early stages of eating disorder recovery. Three short words, one giant question: Who am I?

In response, you may try to remember life before your eating disorder, when food, weight, or exercise weren’t your primary interests. What DID you think about then? The answer may be a wide-eyed “I have no idea” with some disordered thoughts trailing behind it. What if the “you” without an eating disorder is worse than the one with a disorder, as the illness may have you believe? Or what if the answer to “who am I” is simply. . . nothing?

It is common for people with eating disorders to attach their identity to their illness. They may treat their diagnosis as a definition of self rather than a description of their symptoms. An eating disorder may have become the filter through which they see themselves and the world, and they may struggle to make sense of themselves separate from it.

Eating disorders are not the only conditions with which people closely identify, or the only illnesses used as labels for others. With illness often comes serious implications for a person’s identity, particularly when the illness is chronic or related to mental health.

These illnesses may dramatically change the way people navigate their personal and professional lives. Physical and psychological symptoms can interfere with the ability to work, fulfill family roles, maintain friendships, and enjoy leisure and rest. When ill for extended periods of time, people may become stuck in a sick role, developing a sense of self that is illness-dominated.

Some people may further “lose themselves” in illness when their relationship with the illness is ego-syntonic. In an ego-syntonic relationship with an eating disorder, people see their disordered thoughts and behaviors as aligned with their core selves. Many people with anorexia, for example, value rigidity and control in realms outside of their disorder (e.g., school, work) and may see their disorder as consistent with those values. They may feel the disorder makes them a better version of themselves as the eating disorder exploits these values for harm.

Identity issues are also relevant to eating disorders given that these conditions often develop in emerging adulthood, when people are forming their identities. This age period is a particularly transient time of development when teenagers and young adults make decisions about further education, career, and personal relationships are changed by moves, marriages, and children. The presence of an eating disorder at this time may prevent teens from developing a strong sense of identity apart from their illness, as the illness is all-consuming.

Eating disorders influence not just your food and exercise patterns, but also the way you show up in your life.

The disorder may decide whether you go out with friends on a Saturday night or opt for “safe” foods at home. Whether you sleep in on a Sunday morning or head straight to the gym. Whether you engage in conversations or mentally plan your next binge. An eating disorder can guide seemingly every decision. And once disordered behaviors take the place of other areas of your life, it can be difficult to know who you are without them.

Even if you dislike your eating disorder, it may convince you that life with it is better than one without it. For many, eating disorders are indeed coping mechanisms that serve a maladaptive purpose.

The eating disorder may try to convince you that it keeps you safe, in control, or special.

“I might be miserable, but at least I have food. That’s all I have, in fact.”

“I might be miserable, but I do have this one release. It’s the one thing that makes me feel better.”

“I might be miserable, but at least I’m thin.”

Recovery is about experimenting with and forming a healthier set of thoughts and behaviors outside of the disorder.

Perhaps you are a survivor. Someone grieving the loss of their eating disorder, someone creating a new identity. Someone seeing recovery as an opportunity to explore.

Ask the question: Who am I without my eating disorder?

Pay attention to the way you ask it.

Are you sighing in despair and defeat? Is your head slouched low, stuffed between your shoulders, too paralyzed to consider life outside a disorder?

Or are you looking ahead, scared but curious? Are you opening yourself to healing and hope—to the strange, undreamed-of discoveries recovery might provide?

The tone is yours to set.

And, as is often true, it’s not what we say, it’s how we say it that matters most.