What Taylor Swift’s Documentary Can Teach about Eating Disorders 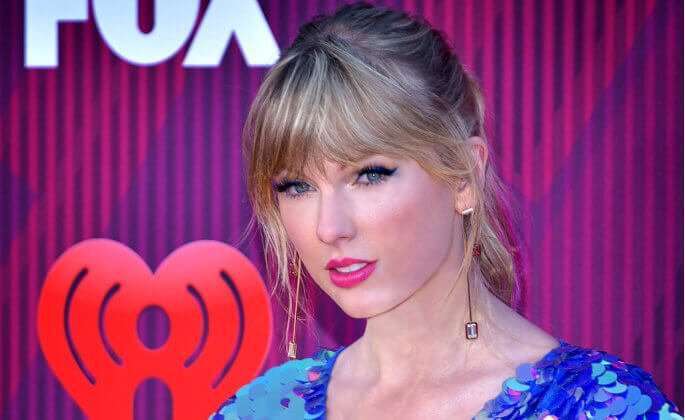 It is arguably the most revealing part of Miss Americana, Taylor Swift’s Netflix documentary. It’s the headline that circulated immediately after the film’s Sundance premiere, and the part mentioned in seemingly every review of the film since it started streaming.

In the documentary, the singer talks candidly about her relationship with her body and food during the 1989 era of her career. While on tour for that fifth studio album, she says she significantly restricted her food intake and exercised frequently. She maintained lists of what she ate and, at times, “stopped eating” altogether.

To advance public understanding of eating disorders, however, we need to look beyond the headlines and eating disorder tropes. There’s more to eating disorders—to Swift’s and anyone else’s—and more to be gleaned from her disclosure. Swift herself does represent a stereotypical image of those affected by eating disorders. But we can take a more nuanced look at the lived illness and recovery experience by examining the way she described hers in Miss Americana.

Here we eschew pictures of Swift at her thinnest and references to her size at her sickest. Instead, we extract and expand on several of her quotes about her eating disorder to discuss some lesser-reported truths:

You don’t ever say to yourself, ‘Look, I’ve got an eating disorder.’”

An eating disorder may begin with a diet. The initial decision to diet is common, seemingly innocent, and often deliberate. It’s celebrated. “Good for you,” people say to those restricting as is culturally appropriate. “You have such willpower.”

Diets are ineffective and often unhealthy. But for those at risk of developing an eating disorder, they’re extremely dangerous. People with a genetic predisposition and particular personality traits cannot determine the way a diet will interact with these factors to develop an eating disorder.

In Miss Americana, Swift speaks to the gradual, insidious development of her eating disorder. It seems it happened gradually, and without her even realizing it. And when it progressed, she didn’t recognize it as a disorder. Just as those who feel they’re not “sick enough,” it seems she was not convinced her disorder was real and valid.

“I thought that, like, I was supposed to feel like I was going to pass out at the end of a show or in the middle of it. I thought that was how it was.”

“I would’ve defended it to anyone who said, ‘I’m concerned about you.’”

Eating disorders are not only insidious, but persistent once seated. They rebel against reason. They ignore body signals. They reinforce negative symptoms and behaviors until disordered eating is normalized. They fight to stick around, growing more powerful the longer they do.

In reflecting on her 1989 tour, Swift recalls thinking it was normal to feel faint during and after performances. The dizziness or lightheadedness wasn’t then an indication of an eating disorder or dehydration—that was just “how it was.” If ever anyone approached her with concern, she says she came to the disorder’s defense. “Of course I eat,” she would assure, as is common when an eating disorder is threatened.

Recovery Is a Process and a Practice

“I’ve learned over the years that it’s not good for me to see pictures of myself every day.”

Eating disorder recovery isn’t a one-and-done solution. There is no instant cure or magic bullet. Recovery is a process that requires people to unlearn old behaviors and replace them with alternatives. It is to actively challenge thoughts and attitudes, day in and day out, and to practice flexibility and patience while healing your body and mind. It requires a willingness to find strategies that work for you.

For Swift, photographs of herself are particularly triggering. She says she feels compelled to scrutinize them, zooming in on body areas that send her into a “hate spiral.” Recognizing this, Swift now protects her recovery by limiting her exposure to such pictures. While she still may feel the urge to engage in that activity, she practices avoidance and uses self-talk as reinforcement. This repetitive self-talk allows her to orient her mind back to recovery.

Recovery Is Not Just About Weight

“I’m a lot happier with who I am . . . I don’t care as much if, like, someone points out that I’ve gained weight. It’s just something that makes my life better.”

Weight changes are often part of eating disorder recovery, but weight gained or lost is far from the only indicator of healing from these complex mental illnesses. Unfortunately, it’s often the part most feared in recovery and the measurement mistakenly used to assume health and illness.

Eating disorders and recovery are about so much more than weight. In fact, they manifest most commonly in less visible ways, a truth Swift alludes to when saying says she’s happier with herself. To truly be happy with who you are is not to merely accept that your body has changed, but instead to accept yourself apart from that. Recovery requires people to redefine what weight means to them and to separate their core self from that concept. As Taylor says now, it’s “just something that makes [her] life better.”

Just three minutes of the one-and-a-half-hour documentary are dedicated to Swift’s eating disorder. There is still much we don’t know about her story and the specific ways it compares and contrasts with the millions of other eating disorder experiences. But her public disclosure does bring the topic to the table.

And now nuance is ours to bring.