What should I blame for my eating disorder? 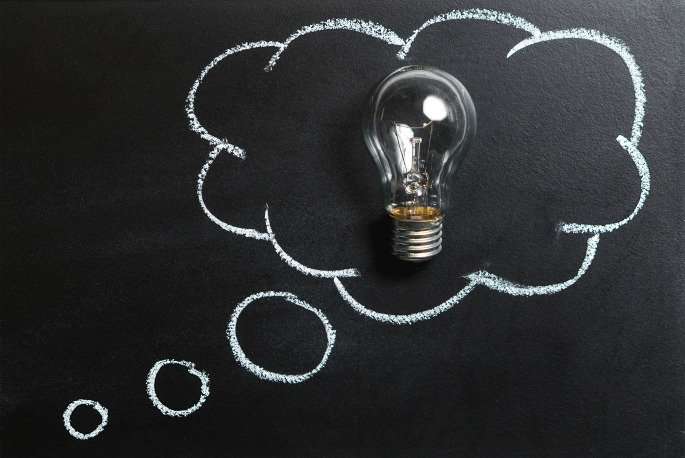 What did I do to deserve this? Why is this happening to me? I don’t understand why I can’t just eat. Why am I like this? These questions may plague those with eating disorders—and, that’s totally normal. When we feel overwhelmed and confused, it’s easy to assign blame as a way to make sense of what’s happening. If something bad happens to us, there must be an explanation. If I lose my job, it might be because I repeatedly showed up late. If one of my friends is mad at me, it’s probably because I’ve done something or because they are having a bad day. It’s natural to need a reason as to why certain things happen. This is a way to protect ourselves from the idea that some things are out of our control. And, that tendency to find an explanation is no different for those with eating disorders. Those suffering from disordered eating often wonder why—what made them develop an eating disorder and what is to blame?

The answer is that no one is to blame for your eating disorder. Not your parents. Not yourself. Not the one kid that poked fun at you in middle school. These may be contributing factors, but they aren’t the reason you developed an eating disorder. Eating disorders aren’t a choice, a fad, a phase or something caused by one specific reason. Current science suggests that eating disorders are caused by a complex combination of genetic, biochemical, psychological, environmental, and social factors.

Other studies done on adopted twins have shown that those born with specific genotypes are at a heightened risk for getting eating disorders. These studies were aimed to pinpoint how much of an effect genetics have on eating disorders versus environmental causes. The research demonstrated that despite growing up in different environments, siblings had the same propensities toward certain traits and illnesses. For example, specific traits, such as obsessive thinking, hypersensitivity, rigidity, and impulsivity are believed to be “highly heritable and often exist prior to the onset of eating disorder[s]” (Ekern, 2017). These genetic traits are often found to be a common contributing factor in the onset of an eating disorder and the maintenance of it.

Certain studies conducted to shed light on anorexia and bulimia have shown that “abnormal activity of brain neurotransmitters, hormones, and other brain chemicals” may cause disordered eating (Hellew, 2007). Disturbances in serotonin levels in individuals may contribute to the onset and length of eating disorders. Those with anorexia may have increased serotonin activity and those with bulimia may have decreased levels. This is due to the link between serotonin and appetite, as serotonin may be an appetite suppressant and is used in several diet pills. For example, when those with anorexia skip meals and overexert themselves physically, this prolonged reduction of nutrient intake along with exercise can increase the “activity of opioids in their brain, which trigger[s] positive feelings and enables their adherence to a restrictive diet” (Dutkiewicz et al., 2017). In order to maintain that feeling of positivity and energy, individuals are more likely to repeat their restrictive behavior. Similar to those with anorexia, bulimia is also shown to be reward-based and cyclical. Typically, an individual will engage in a binge, feel shameful, decide to purge, and then feels better and experiences relief. This cycle continues partially due to the activity going on in the brain that promotes reward-seeking behavior.

It is often said that eating disorders have everything to do with food and yet, nothing to do with food. It is frequently found that those with eating disorders use food to cope with other factors affecting them in life, specifically negative thoughts and emotions. Individuals may use restrictive eating, bingeing, or purging to deal with feelings of low self-esteem, inadequacy, or a lack of control in their life. They may also regulate their depression and anxiety by attempting to gain structure through their eating disorder.

Usually, when we think of why people develop eating disorders, we think of environmental and social factors. While these are clearly not the only reason individuals suffer from eating disorders, they do play a role. Environmental factors that can contribute to disordered eating revolve around the setting a person grew up in and is currently living in. Those who had turbulent childhoods or a history of abuse may be at a higher risk for developing eating disorders, along with those who were bullied because of appearance during their developmental years. Other activities such as sports that emphasize thinness (gymnastics, dancing, running, wrestling, etc.) have been noted as a contributing factor in eating disorders (ULifeline, 2018).

Society and culture have a notable impact on those who develop eating disorders. The social glorification of thinness and the emphasis placed on having a “perfect” body may contribute to the illness. We live in a society that values physical traits over inner qualities. We watch shows like the Bachelor that feature only the most “beautiful” people but spend little time showing the viewers the personality beneath. We watch shows about models, reality television, and movies that star-leading talent that conforms to societal expectations of conventional beauty. We are constantly bombarded by images of what we “should” look like and advertisements for products that can help us achieve this. It’s no wonder that individuals develop disordered eating and thinking when they are constantly faced with media messages telling them thinner is better.

It’s Not Your Fault