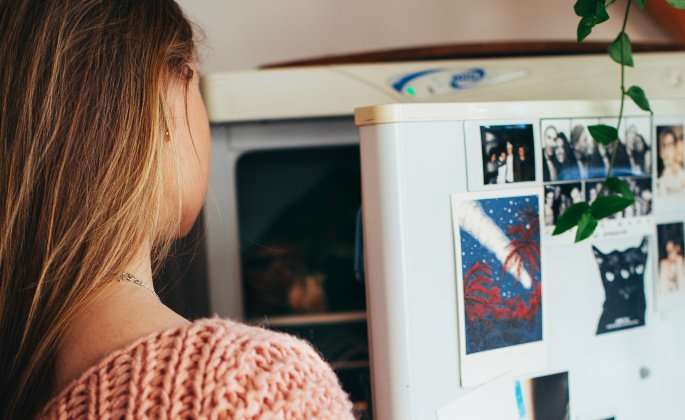 What is compulsive overeating?

For those who struggle with compulsive overeating, the urge to eat is overwhelming, as are the shame, disgust, and regret that typically follow. Unlike occasional overeating that is considered part of a normal and flexible relationship with food, compulsive overeating is experienced as something unavoidable—beyond the control of the person affected. Those who eat compulsively are often aware their eating behaviors are abnormal or unhealthy, but still, they feel compelled to engage in them.

We can explore this compulsivity by examining several common indicators of the compulsive overeating experience. Of course, thoughts and feelings vary by person, and these descriptions may not be comprehensive. But they do go beyond the simple bulleted list of symptoms to describe how compulsive eating actually feels.

You can’t stop thinking about food. The boxes of cereal your parents picked up at the grocery store earlier, the bag of Doritos left over from last week’s game night. The food is often highly palatable, its sugar and fat content high. Not always, though; sometimes it’s “healthy” or bland, or whatever food is in the house. The bagels you bought for work tomorrow, the pizza in the freezer, the dry oats meant for a month of breakfast, even the carrots and chopped salad in the produce drawer. Your mind is set on how desperately you want to eat it.

You can’t think of anything else. You try calling a friend, flip on a show. The urge won’t quit. Maybe, you think, you’ll eat just a bit, hoping that’ll take care of it. Just three Oreos. A handful of trail mix. It doesn’t help. You can’t move on. Your brain says you need to eat more and more. You’ll miss out on this food if you don’t eat it now. But you know you are not hungry. You try to “talk yourself out of it.” You try to fight the urge with logic. You cannot reason yourself out of this.

It feels inevitable, this eating compulsively. Not a matter of if—when. It feels as if your body has been taken over by another being, its needs and impulses beyond your control. The urge is instinctual and relentless. This is hardly what your best friend means when she jokes she has “no self-control when it comes to sweets,” or a bit of a sugar “addiction.” That is a hyperbole. This is a trance. A blackout. You are unaware of everything around you but this food.

More often than not, you’re alone. You eat a “normal” amount around others. A sandwich and some soup at your lunch date, a muffin at the coffee shop a few hours later. You can keep up appearances with others around, though distracted you may be. Sometimes you’re planning a binge while your roommate babbles on about her new job, or you’re worrying you won’t get enough of tonight’s family pizza. You are not present. Later, left alone with your feelings, you find food. It’s been hiding in the closet, some in the trunk of your car. You have a secret stash for when you are alone. You engage in the compulsion.

You find some relief in this trance. At first, the food is the most delicious thing in the world, a thrill it seems you’ve never before experienced. You are no longer feeling anything, good or bad, fixated only on eating more. You feel numb. No thoughts about today’s pain or the stressors of tomorrow. At some point, you stop tasting the food. It is now cardboard and mush. No longer pleasant. You return to conscious awareness.

You feel sick, your stomach is bloated and distended. You’re short of breath. There’s acid reflux in the back of your throat and a burning pain in your chest. You are exhausted.

The overwhelming shame sets in. Empty packages and wrappers around you, you feel disgusted with yourself. You’re afraid you’ll gain weight—you know you’ll gain weight. It feels like it will never end. You hate that you’ve gained weight since these behaviors started, and that others seem to be more interested in that fact than in any issues behind it. You wonder why you can’t eat normally. Why can’t you stop—where is all your “willpower”? You throw away the remainder of the food so as not to be “tempted.” You swear you won’t binge again.

While compulsive overeating alone does not always indicate a clinical eating disorder, the behavior is strongly associated with bulimia nervosa and binge eating disorder (BED). People with bulimia purge after excessive food consumption, often by vomiting, misusing laxatives and diuretics, or exercising excessively. There are no such compensatory behaviors in BED. Compulsive overeating affects both men and women. They may be considered overweight or of healthy weight, or their weight may fluctuate as they engage in a cycle of restricting and overeating.

Compulsive overeating is not about willpower, and it differs from occasional overeating in both physical and psychological ways. Fortunately, like other eating disorder behaviors, it can be successfully treated with professional care.

Compulsive overeating doesn’t have to control your life. If you or a loved one is struggling with this disordered behavior, The Emily Program can help. Get started by completing our online form or calling us at 1-888-364-5977.