To Exercise or Not to Exercise? 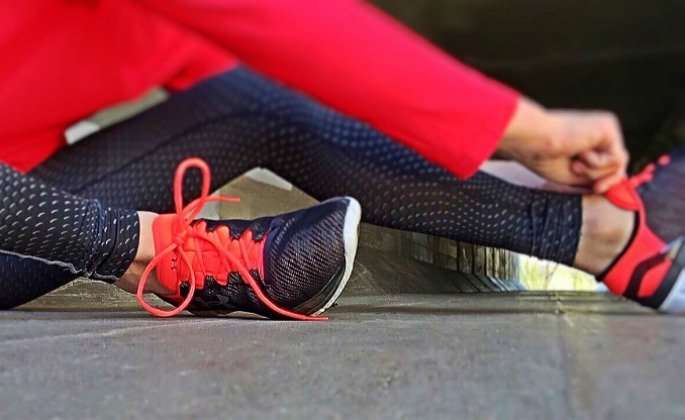 “Obsessive exercise” refers to exercise that goes beyond that which is rational or reasonable for health. “Compulsive exercise” refers to exercise that feels necessary, whether the person wants to do it or not. Exercise done obsessively, compulsively, or both may displace other important activities in life, cause pain, or lead to negative outcomes for the person engaging in it.

“Compensatory exercise” refers to exercise that is done to make up for a binge eating episode or any other kind of eating that someone with an eating disorder feels violates the “rules” of their disorder.

There are many health risks associated with exercise when someone has an eating disorder. Exercise can lead to stress fractures and heart dysfunction when a person is underweight. Exercise can also cause extraordinary psychological distress because the person struggling with an eating disorder may feel like the exercise they’re doing is “never enough.”

Exercise may also play a role in maintaining an eating disorder. For someone who is struggling, compulsive exercise is often the behavior that clients are most resistant to giving up when trying to move into recovery. Often people who do not intend for exercise to be a barrier to recovery will, nevertheless, begin to fall back into eating disorder thoughts and behaviors. For this reason, exercise is a very common avenue to relapse. Additionally, in cases for which weight restoration is a goal for a client, exercise increases the calories a person needs to eat in a day, making that goal more difficult to achieve.

For all of these reasons, we often recommend temporarily limiting or even stopping exercise. Although exercise is not typically part of initial eating disorder treatment, it can be reintroduced over time, as appropriate. However, it is imperative that exercise is re-introduced in a slow, balanced manner. It’s not that someone with an eating disorder can never exercise again, but they likely need to maintain a sense of caution because of the potential risks of relapse. Additionally, since the goal of exercise is to move the body joyfully and healthfully, reclaiming exercise with a focus on incorporating enjoyable movement can set a foundation for a new relationship with movement.

We will continue to see people whose symptoms do not fit neatly within the DSM categories but whose underlying concerns about weight and body are identical to those who do fit the traditional categories. It is extremely important that we continue to look at these groups and care for the suffering of anyone struggling in their relationship with food and body.

Dr. Mark Warren is the Chief Medical Officer for The Emily Program and Veritas Collaborative. He is also one of the original founders of the Cleveland Center for Eating Disorders, which became The Emily Program – Cleveland in 2014. A Cleveland native, he is a graduate of the Johns Hopkins University Medical School and completed his residency at Harvard Medical School. He served as Chairman of the Department of Psychiatry at Mt. Sinai Hospital and Medical Director of University Hospital Health System’s Laurelwood Hospital. A past vice-chair for clinical affairs at the Case School of Medicine Department of Psychiatry, he continues on the Clinical Faculty of the Medical School, teaching in both the Departments of Psychiatry and Pediatrics. He is currently a faculty member and former chair of the Board of Governors at the Gestalt Institute of Cleveland. Dr. Warren is a Distinguished Fellow of the American Psychiatric Association, a two-time recipient of the Exemplary Psychiatrist Award of the National Alliance for the Mentally Ill, and a winner of the Woodruff Award. He leads the Males and Eating Disorders special interest group for the Academy of Eating Disorders.