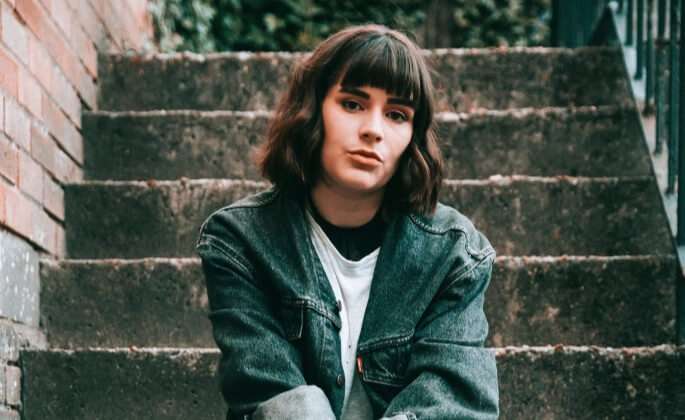 Alex Isla is an artist and producer from Brighton, United Kingdom. Her debut single, “52,” tackles the formidable subject of mental health and eating disorders with its raw, honest monologue and heavily emotive arrangement. Alex will be using profits from the song to help people with eating disorders. You can check out “52” here and contact Alex via Facebook, Instagram, and email.

If I had told myself four years ago that I would be where I am today, I wouldn’t have believed it.

My name is Alex Isla, I am a musician from Brighton, UK, and I had an eating disorder. There was not a specific time when I knew I was recovered, but there were little moments that I did notice change:

Going for breakfast with my boyfriend and not trying to avoid it.
Spending more time with my family as the years went by because I wasn’t scared of them noticing anymore.
Going out dancing and not feeling like the room was collapsing in on me.

I’m lucky. I got out before I did any major damage to myself physically. However, I have done a lot of damage to myself mentally, and I spend every day fighting my mind to remind myself that I deserve better than the criticism of my inner monologue.

What helped me was the determination of the one thing I love more than anything, music. Coming out of University, I was lost, but I knew if I wanted to make it, I had to recover. I had no choice. ED took over my life, it consumed my personality, and therefore, I had to take control back.

Even now, I fall back into habits but I have given myself the tools to be able to say no to relapsing. I decided to not focus on the big picture of eating more and obsessing less, which would be so overwhelming that I’d give up really quickly. Instead, I tried to improve other things in my life. Things that made me happy—going for walks, seeing my friends, and the biggest thing, talking to people. I noticed the more friends I had told, the more I found out they were going through the same thing. Some less, some more, but that doesn’t matter. It made me realise that this disorder makes you lonely more than anything. So, the more that you reach out to people you trust and who can actually relate, the more you will help yourself.

In my opinion, I don’t think people really understand eating disorders; many think it’s a cry for attention. It’s not. People don’t understand unless they have lived it, and no one wants that for anybody. We can teach people about the physical side effects of eating disorders, but this overlooks their attack on the mind. So I’m hoping to show a different approach.

“52” – my debut single. I chose to have the voice to sound robotic to disjoint it from the emotions in the lyrics. This was to tell its own story of feeling like you’re screaming but no one can hear because it’s internal. The voice coats the emotion of what’s inside; however, it still feels human. A human voice altered by ED.

I wrote the lyrics to this song when my depression and eating disorder were at their worst. The lyrics are split into three sections that tell a story of my mind, how my ED affected me, and society. I wanted to express the difficulty focusing on everything. You know those times when you’re having a conversation with someone and your mind gets distracted and you miss what they say? Then you have to try and awkwardly pretend you were listening or tell them you weren’t? My ED made me feel like this every second of the day.

“You won’t let anyone touch me, see me, love me”

The lyrics “you won’t let anyone touch me, see me, love me” are very important to me. I wanted to show that my ED put a barrier up for me. It made me push people away, stop them from seeing the real me, the person underneath the ED.

“The physical health issues I have seen online and advertised for awareness, but I have never seen what these people go through on a daily basis, until I felt it.” No one really understands it unless you have some sort of connection with an eating disorder; I want to let people in on our minds. What we are really thinking, feeling, what we really believe about ourselves. I want this song to help others understand.

The song ends on a positive note, reminding people with ED that they are strong. They may need help, but that doesn’t change that. People who are helping others are also strong, and they have it in them.

There’s always a way to the other side.

A note from the director of “52,” Ellie Brent

I worked with Alex Isla to create a music video and short film for her track “52.” I wanted to get involved in this project when I first heard she was looking for a music video, as I have a close family member who has suffered from anorexia and it’s been very painful to watch the mental and social impact it has on her firsthand.

When I talked through ideas with Alex, we both wanted to portray the way in which you have an old self, who is the same person they always were, as well as a suffering self who is being constantly abused by their inner ED voice. We wanted to show the way this person becomes detached from all their friends and family and the things they used to love (in this case, playing the guitar and hanging out with his friends). The more we talked about the character, the more he took shape and the story wrote itself.

We wanted above all else to create something that firstly spoke to sufferers, so that people might reach out in the earlier stages; but also to make something relatable to everyone else. We felt that there is a lot of sympathy for depression and other mental health issues in society, but that anorexia is often connected solely with the physical impact is has on sufferers, which makes is seem harder to relate to. We have had an amazing response so far – making a film such as this and then showing it to people has really got everyone opening up and talking about it. From the cast to the crew to the people who worked on it in post-production, everyone really believed in it and had a story of sorts. And once these conversations happen, you realize that everyone knows somebody or has experienced it themselves directly and really nobody should ever feel alone.