The Ballad of a Thin Man with Anorexia 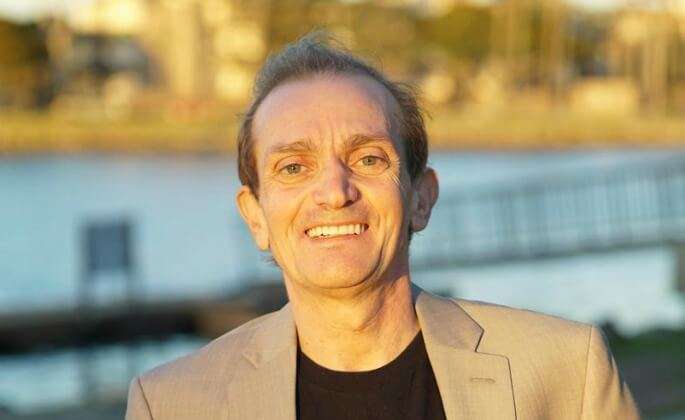 Ken Capobianco is the author of the novel Call Me Anorexic: The Ballad of a Thin Man. He has written about pop music and the arts for over 30 years. He also taught literature and writing at Northeastern University and journalism at Emerson College in Boston. He lives in Long Beach, California with his wife, Ratanan.

When I shopped my novel about a twenty-something anorexic male to agents, the most common questions I received were, “Did you make this male anorexic aspect up for drama’s sake?” and “Male anorexia is not a thing, is it?” This ignorance or lack of awareness did not surprise me because I’d encountered it throughout my life as a professional journalist and a college professor. You see, I suffered from severe, life-threatening anorexia for 30 years, and if I ever even hinted to people I had anorexia, I always heard, “No you don’t. You’re a guy. Be a man.”

It’s hard for people to comprehend male anorexia in our hyper-masculine-focused, testosterone oozing culture obsessed with ripped abs and macho posturing. But men do indeed suffer from various eating disorders, including anorexia.

I think male anorexia is such a mystery because men who suffer are afraid to reveal their personal histories in public. With good reason. The shame and embarrassment that come with anorexia for a heterosexual male like me are overwhelming (I’m sure gay and transgender men have their own tales of cultural-induced shame).

Imagine hanging out at a sports bar with a bunch of alpha males eating wings and downing beers and saying to them, “Guys, I’m not eating because I have anorexia.” After they stop laughing or questioning your sexuality (always the first point of attack), you realize that’s the last time you will ever tell your story in public.

A worse scenario is going out with a woman you met online or at a party and hesitating to eat on the second date (the first date you can fake by going to a movie or club). If you say, “Uh, I have a problem—I’m anorexic,” you will get a sympathetic smile and then ghosted the next day. I know women, you want to believe differently, but trust me here.

And that’s why I stayed in the shadows and kept quiet for 30 years until I began to tell my story earlier this year. After all this time, I realized I need to explain my history so people will understand men’s struggle better and those suffering from the same thing I did will not feel alone with their pain and confusion.

My lifelong battle with anorexia began in my late teens when I started dieting. I was the kind of kid who shopped in the husky section of the department store (yes, they existed). When I finally took dieting seriously, my anger and frustration at being considered a chubby boy had been building for a long time. As a pre-teen, I had been badgered by gym teachers and baseball coaches to lose weight. I was an excellent athlete in an unathletic body. I could throw a baseball harder and a football farther than my peers, but I was out of shape and always ashamed of my body. My coaches told me, “Do you realize how good you could be if you just lost that jelly on your belly?” My gym teacher once told me he was going to work the man boobs off of me, even though I was just a bit thick.

So, the resentment simmered for years and came to a boil in my mid-teens when I realized all the girls I desired always dated the athletes or the skinny guys wearing the puka shell necklaces and tight jeans.

I decided to do something about my anger, self-hatred, and body. I went on a strict diet and began running with my friends on the cross-country team. Of course, my first few tries at running were fiascos, and I ended up walking after a mile, but I would not be denied. If I was going to date those beautiful girls, I would run. And run. And run. Each day and night. And I ran into a new body. The weight fell off quickly as I ate less and ran more.

But then I just couldn’t stop losing weight. I was completely enamored with this new, thin self and free of the voices in my head telling me I was not good enough, thin enough, hot enough, strong enough. I was healthier than the athletes the gym teachers coddled.

I felt powerful and in complete command over my life. This newfound confidence spilled over into my personal life. I proceeded to breeze through college and go to graduate school at Tufts University. Even though I was still restricting food and running, I knew I had to eat enough to think clearly, so my weight increased slightly until I received my master’s in literature at 23.

Unfortunately, I made the colossal mistake of getting into a toxic relationship with a young woman who also suffered from rabid self-hatred. When she moved in with me in Boston, the bottom fell out of my life and my anorexia spiraled out of control. I was stuck in a sad, hopeless relationship at 23-years-old! My personal life collapsed, and I ended up doing the only thing that made me feel strong and in control: restricting food. It was so easy to do. Too easy

Starving became my way of coping with life. I knew I had a problem and sought help but psychiatrists in the 1980’s had no idea how to treat me. A male with anorexia was as foreign as ET to them. I was a freak—there was no medical research that instructed doctors how to treat males, so I was often questioned as if I was a woman. One doctor on cruise control asked me, “Have you stopped menstruating?” That anecdote made its way into my novel for humor, but in real life, it was not funny—it infuriated and frustrated me even more, and I took it out on myself. I ended up getting prescribed drugs to deal with the chaos in my head. Lots and lots of drugs. I guess the doctors thought they could numb the pain or I’d be too doped up to worry about eating.

It didn’t work because the will to restrict is much more powerful than any drug, and I just floated through each day in a world of drugged indifference while continuing to starve. I thought things would change when my girlfriend gave up (thankfully!) and moved out. I felt freed and tossed the drugs in the garbage, but I’d fallen into patterns I just couldn’t break.

Consequently, I continued to restrict myself every day, refusing to eat or drink water. Over the next 25 years, I was in and out of hospitals and therapy despite being a successful music journalist and English professor in Boston. I avoided all situations where I might be forced to eat and developed genuine relationships only with the people who knew what I was going through: an older couple, who became my confidantes and support system. Otherwise, I had an abundance of friends but no real relationships. When I wasn’t working, in clubs, or at the movies, I hid in my apartment and restricted myself.

This continued without fail for years as I weathered getting laid off from my full-time writing job, the death of my father (devastating), and being denied treatment from every inpatient eating disorder program throughout New England because I was male. I was left to my own devices, and all I knew was starving. I’d survived that way and figured since I’d dodged a bullet for so long, I was invincible.

I was wrong. A couple of months before my 45th birthday, I had a massive stroke while on Long Island. I lost all feeling in the left side of my body and spent four months—with no friends or family in sight—in the hospital and rehab relearning how to walk and do every other basic life function. Essentially, I relearned how to live again. When I got out of rehab after gaining weight, I was on my own once more with no support. You’d think I’d never go back to restricting but, yes, I fell into old patterns when my mother died. I started losing weight, but I was determined to put my past behind and get on a plane to Long Beach, California, where my recovery from anorexia and my stroke began in full.

It was brutally painful and very lonely work—but all the things I’d learned in therapy over the years started kicking in, and I decided I had to try harder in my new surroundings. I forced myself to meet people and make real connections with neighbors, who brought laughter and friendship into my life. I found a physician who sternly encouraged me to eat, so I implemented small amounts of food into my days while battling the demons in my head as I wrote about music.

When I thought I looked well enough, I started to test the dating waters and women responded immediately. This brought glimpses of pleasure and I tentatively ate in public with them—for the first time in 30 years. If I wanted to be with women, there was no choice. As some old, wrinkled guy once said, “There is no try, only do.”

I turned into an actual functioning human being again. My writing became sharper, my sleep got better, and my relationships with friends and women flourished. With each day, life became easier, and I began to feel something strange: happiness.

Ten years later, I’m married to a wonderful woman, a thriving writer, and eating. The scars of my struggle remain, but food is no longer an issue. There are too many other things preoccupying my mind. I don’t love my body—sorry, that’s too much to ask—but I’m comfortable in it.

You’ll never see me take a mirror selfie—I firmly believe the whole key to recovery is freedom from the obsession with what you look like. I exercise moderately each day to keep the blood flowing, but it’s not as all-consuming as it once was. The last place I want to be is in the gym for hours throughout the afternoon or evening. There are too many books to read and write, friends and movies to see, baseball games to watch, and dinners to eat with my wife.

For years, I identified myself only as Ken, the anorexic. That was who I thought I was. Now I realize I’m Ken, the writer, Ken, the husband, Ken, the friend, Ken, the man of the world, and most importantly, Ken, the good, kind human being.

And that’s plenty enough to make me sleep easily at night.