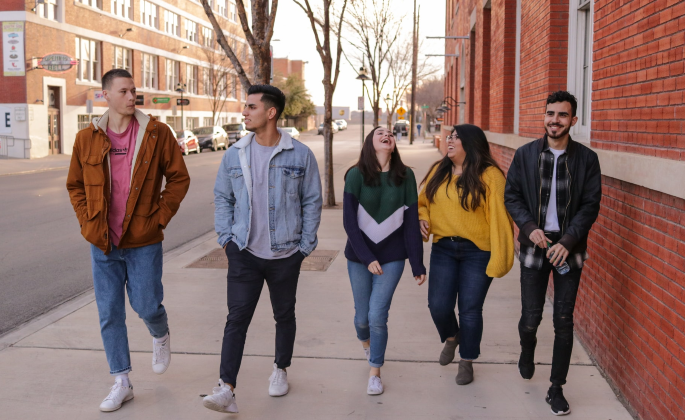 We know that eating disorders can and do affect people of all ages.

We also know that teenagers are particularly susceptible to developing these illnesses. Research shows that the average age of onset is between 16 and 18 years, and eating disorders occur in nearly three percent of 13- to 18-year-olds.

It’s clear that eating disorders often develop during the adolescent and teenage years—but why?

What causes eating disorders in teens? The answer is complex.

All eating disorders, teenage ones included, are caused by a combination of biological, psychological, and environmental factors. And many of the risk factors do transcend age. Take family history, for example. If an eating disorder is part of your family tree at age 15, it’s as much a part of that tree at age 30 and 60 and 70. Similarly, certain personality traits—say, perfectionism, impulsivity, or the need for control—are likely to follow you throughout your life. Though these traits may be managed, they also emerge across the lifespan, increasing your vulnerability to developing an eating disorder.

Eating disorders do not have any one cause, though. There are a host of factors at work here, and as with many illnesses, the more risk factors you have, the greater your risk. Several of these factors are particularly common to the lives of teenagers—which may help explain the prevalence of eating disorder onset in this age group.

The prevalence of the following circumstances may make teenagers particularly susceptible to developing an eating disorder.

The increase in hormones during puberty bring significant physical, psychological, and emotional changes. Most visible are changes to body composition. Male adolescents typically gain more fat-free body mass during this time, while females gain more fat tissue. These changes in weight are both natural and healthy, but adolescents often feel uncomfortable in their rapidly changing bodies. They may be particularly sensitive to comments about weight or body shape around this time, especially if they’re maturing at a rate that differs from that of their peers.

Bullying is not a problem exclusive to teenagers, but the ridicule may focus more on body and weight as puberty changes become apparent. Verbal and psychological bullying related to appearance can be particularly hurtful to teenagers, an age group that longs for social belonging and connection. To them, larger-size bodies may not “fit in” and be subject to bullying as a result.

Research suggests a correlation between adolescents’ social media habits and their disordered eating thoughts and behaviors. The more time an adolescent spends on Instagram, Facebook, Tumblr, and Snapchat, one study concludes, the more likely they are to engage in thoughts or behaviors that may indicate an eating disorder. This finding likely has little to do with any social media tool itself, but rather with the focus on appearance and social currency promoted online.

Organized sports are highly popular among children and teenagers, who often have participation opportunities offered by schools and community organizations. And athletes are a population at a greater risk for eating disorders. Sports that emphasize appearance or weight requirements, such as gymnastics or wrestling, as well as endurance sports like running and swimming may be a risk factor for developing an eating disorder.

While none of these factors alone causes eating disorders in teens, each may add to the likelihood that a teenager may develop one. When combined with other biological, psychological, and environmental factors, a teenager may be especially susceptible.

Fortunately, both preventive and treatment measures can be taken. Early detection and intervention of disordered behaviors may prevent a teenager from developing a full eating disorder, and treatment is available for teenagers who need additional help.

If you or a teenager you know is struggling with an eating disorder, help and hope are available at The Emily Program. Call 1-888-364-5977 or visit us online to get started.