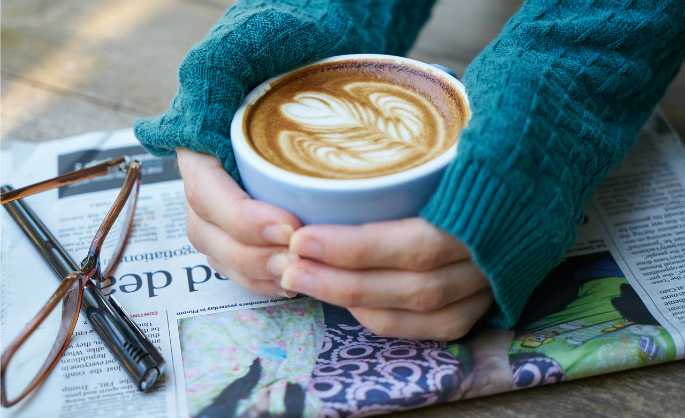 by Liz Rognes, a former Emily Program client in recovery. She is a teacher, writer, and musician who lives in Spokane, WA.

A few years ago, when my second album was about to come out, a local alt-weekly wrote an article about me. Without my consent, the journalist included information in the article about my struggles with an eating disorder and drug and alcohol abuse. She included specific details that she found on a recovery blog I used to keep. The story she wrote had a narrative arc that was about a queer girl who hit rock bottom, overcame bulimia and addiction, and then turned it all into music. It didn’t paint me in a negative light, exactly, and she did also write nice things about my music, but the inclusion of my struggles from the past in someone else’s words, without warning, shocked me. It was worded in such a way that it sounded like I had shared that information with her in an interview, but I had not. I had not disclosed any information about my history of bulimia or addiction with her, and I struggled to understand why she had included it.

When the story came out, I was horrified. I hid in my apartment as much as possible for the week that the issue circulated. I felt ashamed, hurt, and angry. I would see people walking down the street with a copy of the newspaper, and I would slink into a nearby building, afraid that they would recognize me.

It wasn’t that I was ashamed of my past. I’m very proud of my recovery and queer/bisexual identity, and to those who know me, these things are no secret. I write about my own recovery all the time. But this was different—this was a case where someone else was telling my story for me, in a way that felt manipulative. She had approached me with a story idea that was about my music, and the interview had only been about the music. The story that was printed was not what I had expected. My struggles became a “hook” for the newspaper rather than my own lived experience. I had no control over how it was told.

It took me a long time to understand why the article hurt so much. While I’m not ashamed of them, there are many pieces of my past that are heavy with emotions. They’re significant to me. Some of them are still soft spots, places with which I still need to be gentle. Some of those soft spots are still secrets, and that’s okay. Some of the soft spots are not secrets, but they are pieces of information that don’t feel safe outside of my own handling of the language. My story belongs to me. In this article, someone else had taken over my story and picked out the most shocking details, and made it sound like I had freely shared them. It felt like a violation.

It doesn’t take a journalist to expose secret or vulnerable information. In the age of social media and increased digital connection, our stories are more and more available to wider and wider audiences. Information can be shared instantly to a wide audience. And those of us who struggle with things like eating disorders can feel particularly afraid of having our stories taken from us because they can sometimes be used against us. In the wrong hands, or told in the wrong way, a story can be used to shame us or to discredit us. People can be harsh when it comes to mental health and bodies. There is powerful stigma surrounding things like bulimia, bisexuality, and addiction, which are all parts of my own story.

I’m not famous, but sometimes I’m lucky enough to sing on stage in front of a few people. And I’m lucky enough to have published a few essays that tell parts of my own story. I happily and openly write for this recovery blog because I think that there is enormous power in telling our stories on our own terms. Still, none of this makes what has happened to me or who I am anybody else’s property. My story still belongs to me.

On the other hand, telling my story on my own terms can feel empowering. It feels good to be heard. It can help to quiet the shame. It helps me remember that I’m not alone—other people have had similar experiences. Other people can understand and share what I have been through, and that feels like a relief.

Last weekend, I had the enormous honor of performing on the Main Stage at Seattle Pridefest, on the same stage as Mary Lambert. She started playing her fun, happy pop song “Secrets.” There’s a line that goes, “They tell us from the time we’re young to hide the things we don’t like about ourselves, inside ourselves. I know I’m not the only one who spent so long attempting to be someone else. I’m over it.” I listened to this powerful woman sing playfully about her own secrets, on her own terms, and I found myself standing backstage, listening, smiling, and then crying. It was so powerful to hear her challenge the shame of secrecy, and to do it joyfully!

Unless we’re in danger or there’s an important medical or health reason (like, for example, during childbirth, they needed to know if I had ever been hospitalized), it should always be up to us how and when and to whom we tell our stories. Our stories belong to us, and there’s nothing wrong with claiming them, singing about them, telling them under bright lights onstage, or deciding that we want to keep them close, far away from the bright lights, and safe with ourselves or the people we love.