Recovery Is Anything But a Straight Line 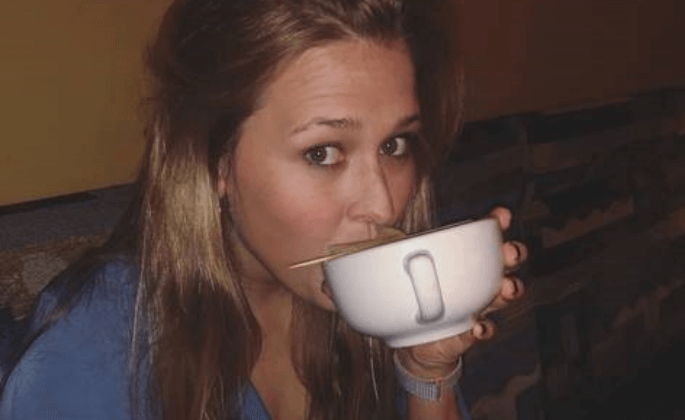 My body had an eating disorder long before my brain knew I did. That’s the thing about this kind of disease—it’s not always caught before the damage begins. What’s more, there’s no medicine to make it go away. My perspective in the beginning was centered on extreme perfectionism. What once centered in school and extracurricular activities was now morphing into eating rituals and weigh-ins. I became a physical representation of control.

The day I admitted I had a problem was one filled with relief and fear. I was opening myself up for what felt like the first time in my life. Asking for help was always foreign to me and this was the ultimate reach. It felt freeing to no longer bear the burden on my own, but I was terrified. I was desperate to change my thoughts while maintaining a tight grasp on the physical body I had “earned” through manipulation and scarcity. My perspective was a combination of exhaustion and complacency. I was ready to listen.

Immersed in treatment, I’d say my attitude and interest were positive. It felt good to take the back seat, to have people who were meant to help me and to educate myself on the ways in which my behaviors were anything but healthy. It was such a contrast to my previous life. My physical and emotional muscles were worn out, relaxing into the hands of professionals with meal plans and endless therapy sessions. I was at peace here. Home in a place that I never expected to be. It was the first time in my life I stopped trying to help everyone else and instead started helping myself.

When the inevitable release came, I felt exposed to a world that didn’t stop while I was away. The warm offices and balanced dinners had nourished my body and soul, but it seemed the external environment was just waiting for me to come back. It still grasped at me, with pretty lies and promises, for a mind that was wired for perfection. Each day I lived in this world my new mindset got a little more clouded and a little harder to maintain. The optimistic perspective turned regretful and I questioned my needed weight gain. I had done so much work, but society was saturated with its pretty pictures and weight-loss bars.

It wasn’t long before I returned to intensive outpatient programming, hoping to strengthen some of the beliefs so easily thwarted in a diet-obsessed world. I felt at home there. Safe, guided, and in unison with people who understood the voice inside my head. When I left this time, it was to a new country, and with it came a new opportunity to be the person I knew I could be.

In Europe, things changed for the better. I had momentum following additional treatment and the population was more forgiving than ours concerning matters of food, exercise, and expectations. Priorities were different. I was different. I felt like I had permission to explore food instead of being afraid of it, to be excited about it again, and to honor a body that was hungry, both physically and mentally, for a different way. I nourished everything about myself there. I fell in love. I found the way of life that fits me. It wasn’t always easy, but life never is.

A few weeks before returning to the U.S., that voice came back in full swing. I felt like going home meant going back to my old routines. Restriction and disordered exercise didn’t feel like an option, but a non-negotiable. I had to stay conscious of my eating disorder as I went back to the place that encouraged its existence.

It’s been almost two years now since I spent that time abroad and I am still working every day to overpower the part of me that isn’t so kind. Recovery is anything but a straight line. The more you learn about yourself and the disorder, the more you have to unpack. It’s a journey—a bumpy one. Since coming home I’ve experienced the all-too-common “nonlinear” aspects of recovery. If you’ve been in any sort of eating disorder environment, this claim is not unfamiliar to you. “Nonlinear” is a nice way of saying that there is no easy way out. Which is true. I have days where I have to fight harder just to eat normally or take a rest day, but I also have moments where I answer my cravings or prioritize friendships and feel deeply free.

During my many phases of recovery, I have learned so much more than I ever imagined about my own eating disorder and its general nature. I had to accept that there would not be one day where everything snapped into place. I had to sit with truly uncomfortable feelings and question why I had so many impossible standards set up around my body. The hardest part was proving them wrong when I was so used to believing them.

I know how hard it is to counteract that voice every day. I know that sometimes the answer does feel like giving in, but I promise it’s not. With an eating disorder by your side, you will never win.