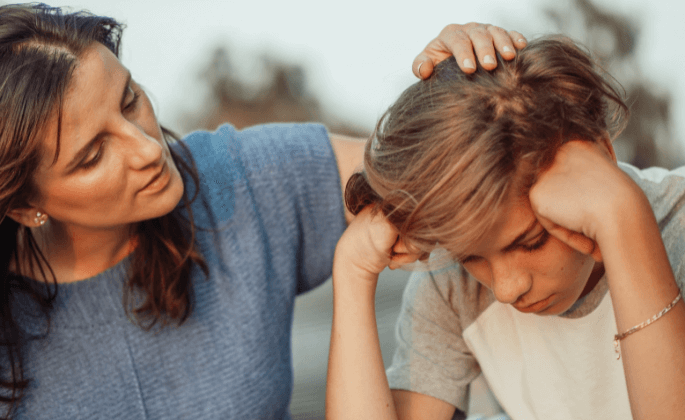 Avoidant/restrictive food intake disorder (ARFID) is an eating disorder characterized by food avoidance or restriction that results in nutritional deficiencies and interferes with daily functioning. As in anorexia, ARFID can lead to significant weight loss or a failure to gain weight. It does not include concerns about body weight and shape, however. Instead, ARFID primarily manifests as avoidance related to the sensory properties of food and fear about eating.

Previously known as selective eating disorder (SED), ARFID was introduced in the most recent edition of the Diagnostic and Statistical Manual of Mental Disorders (DSM-5). The following criteria must be met for an individual to be diagnosed with this eating disorder:

It is important to note that an individual may still have a serious eating disorder that warrants care even if some of these criteria are not met.

Warning signs of ARFID may include:

The physical consequences of ARFID are similar to those of anorexia, as both disorders lead to significant nutritional deficiencies. When the body is denied essential nutrients, it is forced to slow down its processes to conserve energy. The impact can be far-reaching, touching virtually every body system. Left untreated, these effects can be devastating—even fatal. But when ARFID is recognized and addressed early, the physical consequences can be treated, and, in some cases, fully reversed.

When in a malnourished state, the body uses its limited energy to preserve its most vital organs, leaving the skin, hair, and fingernails in poor condition. Dermatological consequences of ARFID include dull, dry, and pale skin; thinning hair; and weak, brittle fingernails. A soft, downy layer of hair may also appear on the face and body. Known as lanugo, this hair grows as the body’s way to protect itself against heat loss and an intolerance to cold associated with malnutrition.

Those with ARFID may suffer from a variety of gastrointestinal complications, including gastroparesis, constipation, and bloating. Gastroparesis refers to delayed stomach emptying—the stomach emptying slower than normal—which often presents as excessive fullness, nausea, bloating, and early satiety. The condition further complicates an individual’s ability to consume adequate nutrition.

Constipation is also common when the body has insufficient food and fluid to process and create waste. It is difficult for the intestines to move material through the body’s systems and produce regular bowel movements. Cramps and feelings of fullness often result, leaving affected people in intense discomfort or pain.

Nutritional deficiencies alter the body’s hormone states, which may result in low blood sugar levels, reduced sex drive, amenorrhea, and even infertility. Hypoglycemia, or very low levels of blood sugar, can cause headaches, fainting, mood changes, and difficulty thinking. Fluctuations in the production and secretion of sex hormones like estrogen and testosterone are linked to sexual dysfunction and a low sex drive. Menstruating people with ARFID may experience abnormal cycles or missed periods, which may impact fertility.

A highly active organ with significant energy demands, the brain also suffers as a result of AFRID-related malnutrition. This is especially concerning in adolescents, as brain development lasts well into early adulthood. At all ages, people with ARFID may experience poor concentration and decision making, as well as slowness in thought or processing. Memory may be impacted as well, interfering with an individual’s ability to recall information or experiences.

People with ARFID are at risk for low bone material density and strength as another result of nutritional deficiencies. Bone loss can lead to osteoporosis and a higher susceptibility to fractures and breaks. Because bones are sensitive to changes in hormones as well, low estrogen levels and missed menstrual periods in females can make bones even weaker.

Complications involving the cardiovascular system include hypotension, bradycardia, arrhythmia, and electrolyte abnormalities. The function, strength, and rhythm of the heart are impacted by malnutrition and dehydration, which places individuals at higher risk for heart failure or cardiac arrest that can be fatal.

Eating disorders are serious but treatable illnesses. Given the potential severity of physical complications associated with ARFID, people affected by the eating disorder should seek help as soon as possible. The sooner an individual begins treatment, the sooner the adverse health effects of ARFID can be treated and the quicker recovery usually is.

With professional treatment, recovering from ARFID is possible. If you think that you, a loved one, or your patient could have ARFID, reach out to The Emily Program today at 1-888-364-5977 for assessment and care.