My Eating Disorder Is A Character 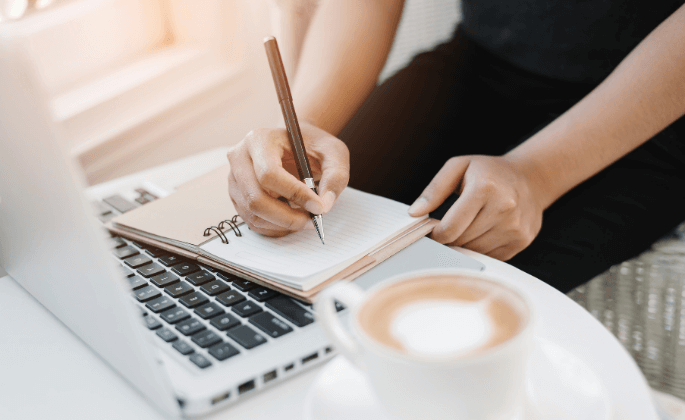 Lisa Whalen’s book, Stable Weight: A Memoir of Hunger, Horses, and Hope, is now available from Hopewell Publications. Her writing has also appeared in An Introvert in an Extrovert World; The Simpsons’ Beloved Springfield; Introvert, Dear; and Adanna, among other publications. Whalen has a PhD in postsecondary and adult education and an MA in creative and critical writing. She teaches composition, creative writing, literature, and journalism at North Hennepin Community College, where she was selected Minnesota College Faculty Association Educator of the Year in 2019. In her spare time, she is an equestrian and volunteer for the Animal Humane Society. Learn more at her website, and follow her on social media @LisaIrishWhalen.

“Describe how the antagonist drives your book’s plot.”

Those were the instructions 74 other authors and I received as we prepared to attend a conference in New York City. The conference would teach us how to pitch our books to agents or publishers, which involved a lot more time, research, and effort than I realized. We were told that to get the most out of each session, we should complete some assignments before we arrived. The first was describing how our book’s antagonist (villain) drives our story’s plot. It was a straightforward task for every author…except me. The others had written novels; I had written a memoir describing how The Emily Program helped me recover from an eating disorder. My story doesn’t have an antagonist, I thought, frustrated.

Since I’m a teacher, I couldn’t stand the idea of showing up to “class” without having done the “homework,” so I asked myself, If my story had a villain, who would it be? The answer was obvious: An eating disorder had been my foe at every turn. I considered how ED functioned and how it had affected my life. ED, I decided, is a possessive boyfriend like the main character in Netflix’s You.

ED appeared to be an upstanding guy I could bring home to meet my parents. He introduced himself as a harmless diet who would help me shed a few pounds. Once I let him into my life, however, he never let me out of his sight.

ED seemed to have my best interests at heart when he whispered, “Cutting x calories is good, but y would be perfect.” A master manipulator, he convinced me that perfection was the key to happiness, cooing, “I’ll make you perfect; then you’ll deserve to be happy.” Before I knew what was happening, cutting y calories became cutting z, and z became a.

ED’s sole goal was to maintain our relationship at any cost, so he dangled perfection like a diamond ring, insisting, “Lose a few more pounds and it’s yours.” When I reached for the glittering gem, he moved it just beyond reach while insisting it had been in the same spot all along.

ED’s progression from nice guy-diet to possessive boyfriend-eating-disorder was so gradual that I didn’t notice the change until we were so entangled I couldn’t see any way out of the relationship. He demanded more and more of my time and attention until pleasing him was all I thought about, which isolated me from family, friends, hobbies, and everything else I enjoyed. Each time I thought about breaking free, he lured me back by saying, “You’re so close to perfection; don’t settle for being mediocre.”

Visualizing my eating disorder as ED the villain gave me a simpler, easier way to recognize signs that I was getting lured back into eating disorder habits. I’d seen friends’ growth and happiness stifled by controlling boyfriends, so I knew what to look for. I was determined not to let a slimy guy determine my life’s direction. Whenever I wondered whether a thought or behavior stemmed from my eating disorder, I asked if I would accept a boyfriend expressing that thought or exhibiting that behavior and had no problem shutting it down.

Making ED the antagonist turned me into the protagonist—my story’s hero—who would fight her way to a happy ending. Instead of a disorder that was vague and abstract, pervasive and all-powerful (How can I fight something I can’t see, hear, or touch?), I now faced an entity that was specific and concrete, finite and vulnerable. A disorder cast me as a passive victim, someone who suffered from and relied on to get well. An antagonist cast me as an active participant working toward a goal. I could cheer for myself the same way I cheered for protagonists in the novels I read.

Three years after that conference in New York, I’m celebrating one piece of my happy ending: publication of my memoir, Stable Weight: A Memoir of Hunger, Horses, and Hope. It is now available from Hopewell Publications. My greatest hope is that helps other people who are struggling to kick their ED to the curb.