It’s Not Just Girls: Body Image in Boys and Men 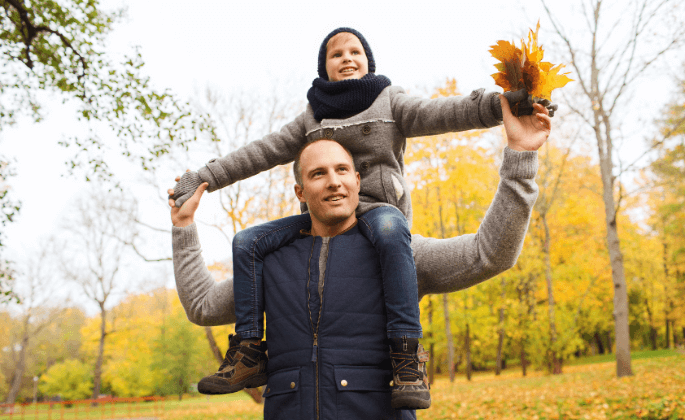 Charlotte Markey, PhD, is a professor of psychology and a founding director of the Health Sciences Center at Rutgers University (Camden). She is the author of The Body Image Book for Girls, as well as a forthcoming companion book for boys.

While body image has typically been regarded as a female issue, body image concerns can affect people of all genders. Here, we chat with body image researcher, Charlotte Markey, PhD, about body image in boys and men.

Describe your interest in body image.

My interest in body image dates back to my childhood experiences as a ballet dancer. The intense focus on your body when you are a dancer is unfortunate and really fueled my own body dissatisfaction.

It wasn’t until I was an undergraduate psychology major that I started to look at the scars from my years as a dancer. Intellectualizing these issues was (and is!) a great coping mechanism for me. I began doing research on body image and eating attitudes during my undergraduate years and continued to do so when I completed my PhD in psychology. I love doing research and teaching as a professor, but I also really love to make the research accessible to more diverse, public audiences. This has led to my work on book projects, including my recent The Body Image Book for Girls and the forthcoming companion book for boys.

Why has body image traditionally been thought of as a “women’s issue”?

Diet culture and the beauty industry have targeted women for decades. It has long been commonplace for girls and women to want to change their appearance—in terms of both their bodies and their faces. This is not the only reason, but it is one of the primary reasons why body dissatisfaction is normative and festers among girls and women. In contrast, “manly” men have historically been conceptualized as natural, unadorned, and uninterested in fashion or beauty.

How do body image concerns present in men and boys as compared to other genders?

Something that stands out to me is how boys and men often engage in disordered thoughts and behaviors under the guise of “getting healthy.” Of course, girls and women do this as well.  However, it seems more common among boys and men. They are going to the gym to “get in shape” and only eating certain foods to “improve their health,” but if any of these things become compulsions, they are very unlikely to actually be healthy. Further, it worries me that boys and men often don’t seem to have the vocabulary to articulate their concerns. It’s not as socially acceptable for boys and men to have mental health problems and they don’t have practice admitting that they feel bad, so they set off engaging in all sorts of maladaptive behaviors instead.

How can we continue the dialogue about body image in boys?

I think we first need to have more widespread appreciation that body dissatisfaction and eating disorders do not necessarily manifest the same among boys and girls and you can’t tell who has a problem just by looking at someone. Someone can be very slender and still be dissatisfied with their body. Someone can be relatively heavier and have an eating disorder. These are mental health problems that are serious and can be life-threatening. When it comes to boys, the dialogue about mental health issues needs to expand so that boys (and men!) appreciate that they do not need to suffer in silence and can and should get help when they need it.

How can people get involved with your research or learn more about your work?

The Body Image Book for Girls has a web page that I hope to update soon to include more information about my forthcoming book for boys as well. My ongoing research is discussed on my web page at Rutgers University, and I am also on Facebook, Instagram, and Twitter.

I’m currently recruiting teen boys and young men who may be interested in talking with me as I finish up writing my book for boys. Although my books are based on empirical research, the personal stories I include are a favorite feature. I think it is especially important for young boys to hear from older teens and adults about the struggles they’ve had with their body image. It is important to normalize boys’ discussions about their feelings and how they have grown and learned to be accepting of themselves. Interested individuals can email me at chmarkey@camden.rutgers.edu (and do not need to be identified by their real names).