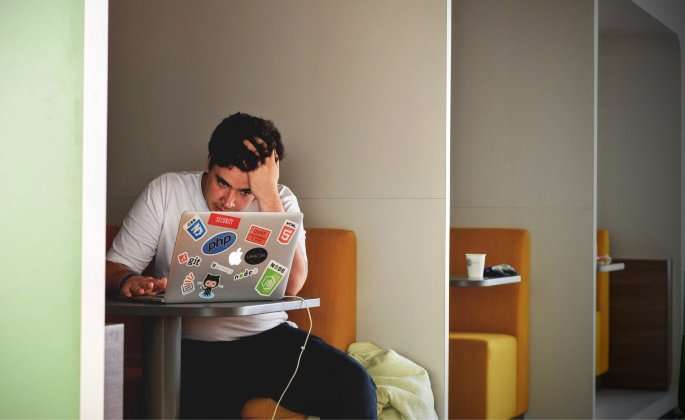 What Is Binge Eating Disorder?

Binge eating disorder starts when individuals repeatedly and uncontrollably consume excessive amounts of food. Binge eating may be driven by a need to soothe negative emotions, anxiety, stress, or depression. However, the feeling of comfort that eating may bring does not last long and individuals may experience shame, guilt, and distress following bingeing episodes. These post-binge feelings may lead the sufferer to swing to the other extreme end and engage in restrictive dieting. This cycle of binge eating followed by extreme dieting is a type of “yo-yo dieting” and can become a long-lasting cycle with negative effects.

Binge eating disorder can affect anyone of any gender, weight level, age, or any other demographic categorization. While binge eating is most common in individuals who are considered “overweight,” binge eating can be diagnosed at any weight.

Like any other eating disorder, binge eating disorder is a serious illness that can come with negative consequences. Binge eating may cause weight gain, which can contribute to complications such as high blood pressure and cholesterol, cardiovascular disease, and Type 2 diabetes. In addition to physical health ramifications of binge eating disorder, it often also affects an individual’s mental and emotional wellbeing. Those who binge eat may experience negative emotions, anxiety, and depression related to the illness.

Binge eating disorder is is present when an individual experiences recurrent episodes of binge eating. A binge is characterized by the following:

Binge eating episodes are noted by at least three of the following:

Binge eating also includes a feeling of distress during and following a binge. This repetitive bingeing occurs at least once a week for a period of three months. Binge eating, unlike anorexia and bulimia, does not include compensatory measures such as purging or laxative use.

No single factor causes binge eating—binge eating is caused by a combination of risk factors such as family history, genetics, dieting, psychology, and substance abuse. Common indicators of binge eating disorder include:

The Difference Between Binge Eating Disorder and Overeating

Binge eating disorder is different than overeating. Overeating is common and many people overindulge from time to time. Overeating occurs when an individual eats more than normal, but often for a specific reason. Overeating typically occurs on holidays, celebratory meals, or when favorite foods are present. For example, an individual eating extra helpings during a holiday meal or at a favorite restaurant would typically be characterized as overeating. Following this overeating, an individual may feel ill or guilty, but those emotions often pass quickly and do not lead an individual to make drastic changes, such as starting a restrictive diet.

Binge eating, on the other hand, is repetitive bingeing episodes that often occur in secret and function as a way to self-soothe. An example of binge eating could be if an individual overindulges during a holiday meal, and then finds themselves overindulging at least once a week for months in a row. This individual may feel sick after eating and experience shame and guilt. These feelings may lead to yo-yo dieting or depression.

Why Can’t I Stop Binge Eating?

Binge eating is a distressing illness that leaves an individual feeling a loss of control over their actions. This illness often leads individuals to ask the question, “Why can’t I stop eating?” The unfortunate truth is that there is typically no singular answer to this question. Those with binge eating disorder may find themselves eating to cope with negative feelings, due to a decreased satisfaction with food consumption, as a learned habit, or for a variety of other reasons. It is important to note that those who binge eat do not have the illness because they have a lack of self-control or motivation. Binge eating disorder is a mental health illness that is serious and requires proper treatment and care. With that care, individuals can stop feeling out of control with food and eating.

The Emily Program offers specialized treatment for those struggling with binge eating disorder at a variety of care levels, from residential to outpatient. This treatment may include individual and group therapy, nutrition counseling, therapeutic meals, medical management, and much more. At an intensive or residential care level, an individual’s treatment team typically consists of a therapist, dietitian, and medical professional. By equipping an individual with a team of experts, all aspects of the eating disorder can be treated, leading to long-lasting recovery from binge eating disorder.