How Coping With Another Diagnosis is a Big Deal in Recovery 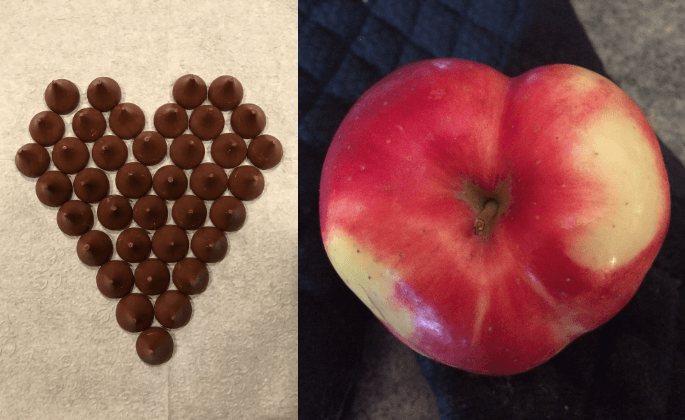 While navigating her own recovery journey at The Emily Program, Teresa Schmitz discovered a hidden gift in being known as a great listener with a compassionate heart. Being earmarked as an IT Leader who was more into the people on her teams than the technology they were building, she realized her purpose was beyond her title. She connected the dots and soon realized her purpose was to help empower others. She pursued her dreams of becoming a coach and launched her own coaching business, My Best Self Yet.  She now helps women feel empowered to navigate the journey of loving themselves unconditionally. She also empowers others to know and use their character strengths in the In It Together group coaching program. Learn more about Teresa’s story and follow My Best Self Yet on Facebook, Instagram, and her blog.

Grief. We usually associate it with what happens when someone passes away, especially someone near and dear to us. It’s “normal” for people to grieve in that situation. We send cards. We call them up. We tell them how sorry we are to hear about their loss. We expect that they will need time off from work. We expect that they will cry and be sad. It’s a given. It’s grief after all.

Did you know that grief can also show up when navigating a new health diagnosis during your eating disorder recovery journey?

I didn’t recognize this was the case until a recent appointment with my eating disorder dietitian. I’d been diagnosed with heart disease after a calcium CT scan in early February revealed that I have significant calcium built up in my left ventricle. This ventricle, if blocked with enough calcium build-up, can lead to a fatal heart attack since it’s the main artery. It’s why they call it the “widow maker.”

I did the right thing when I received the diagnosis. I started seeing a dietitian so I could incorporate this new diagnosis into my intuitive eating approach. I didn’t want to slip back into eating disorder symptom use by restricting and avoiding foods I enjoy, only to binge on them in secret because of the restriction. I knew how dangerous that could be, so I wanted to stay on top of that.

I’ve been mostly successful at keeping eating disorder behaviors at bay. What I didn’t realize is that I’d been grieving this new diagnosis this whole time and not allowing that to flow or let it out. I’d been holding it in. I’d been forcing myself to get a grip on the diagnosis as if it’s no big deal. Yet, it’s a huge deal in reality.

You see, my dad suffered his first heart attack at the young age of 42. Six weeks later, he suffered his second heart attack while trying to recover from the first. Five years after that, he suffered another and required quadruple bypass surgery. The last heart attack came fourteen years later. It was fatal. At the young age of 61, my dad was gone. He died instantly when awakening abruptly in the middle of the night suffering cardiac arrest. He rolled down the stairs and breathed his last breath in my mom’s frantic arms. It has weighed heavy on my mind over the years, especially when my own diagnosis came. At first, I wondered if I’d end up with heart disease like my dad. Once that was confirmed, the question shifted: Would I die young of a heart attack too?

Back in February when my doctor delivered the news about my scan, I did what comes natural to me when faced with news I don’t enjoy. I avoided. At all costs. I pretended that it was no big deal. I’ll work with my dietitian. I’ll eat “healthier” once I do that. I’ll be fine. I’m fine. It’s no.big.deal. I buried myself in expanding my coaching practice and keeping “busy,” all the while avoiding the elephant in the room.

The good news is that you can only stuff those feelings and avoid them for so long. Grief has a way of showing up when you least expect it if you don’t process it.

Mine showed up. I started to cry at my appointment when Regina (my super sweet and awesome dietitian) asked the simple question, “Is it actually the vegetable or is it that I don’t want to have heart worries?”

So much pent-up emotion came out of me in the moment. I missed my dad in that moment. I realized that once again I am not in control of my final destiny, even though I’d been trying diligently to control it. I realized my own mortality. I am here on this earth for a short time. I don’t know when my time is coming. “I want to live. Large,” I told Regina through tears. “I want to do it with loving limits,” I continued.

This is when Regina told me I was grieving. She summed it up nicely by saying, “In sessions, I hear so much grief around heart health and the worries and the impact that has added. And it really did rattle your feeling that you were in a recovered state and now need to add some rules here. How the heck does one do that?” True. I don’t want to have heart disease. To me, it brings up so much pain. And if I’m honest, it brings up fear. A lot of fear. Fear of dying young. Fear of regret. Fear of not living. Fear of loss. So much fear.

So now, I must grieve and go through the natural phases of grief – shock/denial, guilt, anger/bargaining, depression, acceptance – just like I did with my eating disorder diagnosis, in order to heal and live my life to the fullest extent. I’m still navigating between the denial and the guilt phases. I know I’ll make progress toward acceptance. It just might take a while. I know it means I need to be honest and give myself a lot of grace. This is a big deal and I’m not going to deny that anymore.