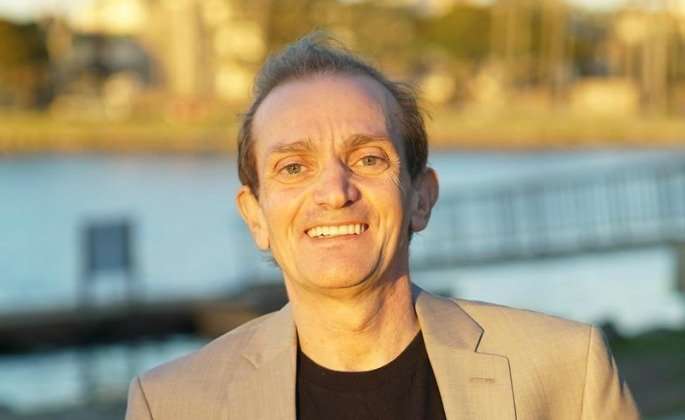 Ken Capobianco is an award-winning music critic whose work has appeared in The Boston Globe, Billboard, The New York Times, and many more publications. While immersed in the rock and roll music scene, Ken found himself struggling with severe anorexia—for 30 years. Despite living with a severe eating disorder for all of those years, Ken found eating disorder recovery and wrote a book about his experience.

Ken Capobianco is an award-winning music critic who dove headfirst into rock culture to find career success, all while struggling with the little known illness anorexia. Ken suffered from anorexia for 30 years until it became so severe that he had a stroke that nearly killed him.

While immersed in rock and roll culture, Ken found himself eating healthy, which eventually spiraled into full-blown anorexia. While he was “horrified” by how sick he became, Ken found himself using anorexia as an identity and he “enjoyed being thin.” After years of anorexia, Ken knew he needed help and started therapy. However, at the time, providers didn’t understand how to treat anorexia in men and Ken was left lacking proper treatment.

Ken believes his anorexia had to do with control, self-esteem, but also a fear of letting go. Without eating disorder care, Ken suffered from anorexia for three decades until he had a stroke that landed him in the hospital unable to feel the left side of his body. At that point, he decided he had nothing left to lose and began eating and recovery.

Recovery was challenging for Ken, especially due to the lack of informed care for males at the time. However, Ken was able to recover from anorexia and he now says his “neuroses around eating has passed.” Currently, Ken lives with his wife and just published a book called Call me Anorexic: The Ballad of a Thin Man.