Eating Disorders Are Not a Teenage Phase 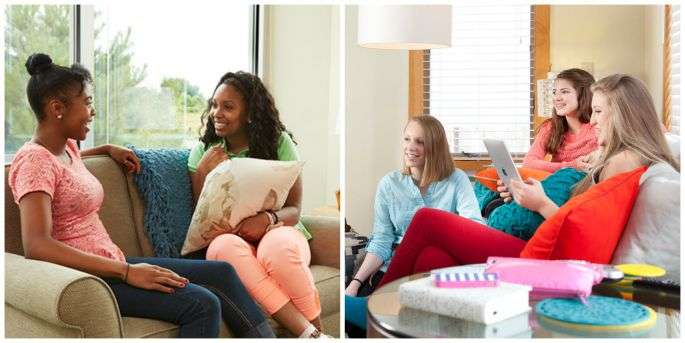 Acknowledging the facts about eating disorders

In the not-so-distant past, eating disorders weren’t recognized by society – or even some medical professionals – as legitimate diseases. In fact, binge eating disorder wasn’t added to the eating disorder portion of the DSM-5 (Diagnostic and Statistical Manual of Mental Disorders, Fifth Edition) until 2013, despite being the most common eating disorder in the United States.

As a result of the slow acceptance of their existence, people still have a lot to learn about the realities of eating disorders like anorexia, bulimia, and binge eating disorder. Doctors, researchers, health teachers, and treatment centers in the eating disorder field work hard to educate the public with correct information and statistics. As often is the case, however, with the introduction of information also comes misconceptions.

“You can tell if someone has an eating disorder by their appearance.”

“Eating disorders are a matter of choice or lifestyle.”

“People use eating disorders to get attention.”

Of all the eating disorder-related misconceptions out there, perhaps one of the most common is that eating disorders are simply a ‘fad’ or ‘phase’ that teenagers go through. While it is true that eating disorders often begin in adolescence, it must be understood that they are real medical issues that require treatment. The perpetuation of this idea is harmful as it not only hinders early intervention but also discounts the many adults that suffer from eating disorders.

By definition, a “phase” or “fad” is one stage of many that occurs as someone or something develops. It is nonpermanent and will naturally pass.

The characterization of an eating disorder as a phase is a dangerous one because, unlike fads, they will not spontaneously resolve themselves if left alone. Consider the findings from “Early identification and treatment of eating disorders: prodrome to syndrome,” a 2007 review article published in Early Intervention in Psychiatry. Researchers found that 50% of patients who showed partial symptoms of bulimia went on to develop “full-syndrome” bulimia. The authors also pointed to the physical, social, and mental health consequences that develop as a result of untreated, long-term eating disorders. They concluded their research with a serious warning that, “the maintenance of dysfunctional eating patterns over time appears to increase the likelihood for chronicity to develop.” In other words, the longer disordered eating habits continue, the less likely they are to ever go away – quite the opposite of a passing phase.

Given this reality, it is becoming increasingly evident that eating disorders are most successfully managed not with the blind eye reserved for fads, but the complete opposite: early intervention. Research like that overviewed in the article mentioned above is finding more and more evidence in support of the theory that early diagnosis and treatment bode favorably in terms of an eating disorder’s long-term prognosis. Findings thus far indicate that an early detection/early treatment approach is more likely to result in full recovery, including fewer instances of relapse and faster recovery.

The misconception that eating disorders are a teenage phase is harmful on multiple levels. Not only does it dissuade early intervention and treatment, but it spreads the idea that anorexia, bulimia, and binge eating disorder only impact teenagers.

Consider these statistics about adult women from the National Eating Disorders Association:

It’s true that the turbulent times of adolescence are the most common time for an eating disorder to emerge. Statistics like the ones above, however, demonstrate that adults are by no means immune. Things like divorce, pregnancy, aging, retirement, or work can all be triggers for an adult – regardless of the fact if they suffered from an eating disorder as a teen or not.

Many adults are hesitant to bring up their eating disorders with health care providers because of the “teenage fad” myth. They fear being told that they should have grown out of it, or that it is a young person’s disorder. This is concerning because, just like teenagers, it is highly important for adults to get treatment as soon as possible. The earlier individuals (at any age) have access to treatment, the better their chances will be to recover from their eating disorder and achieve wellbeing, balance, and peace.