Eating Disorder Awareness: What Everyone Needs to Know 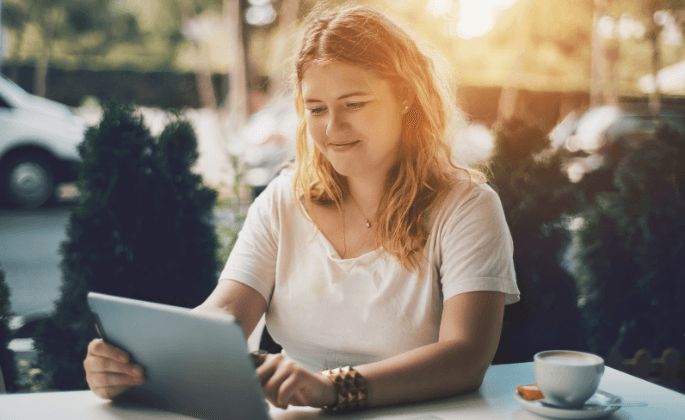 Most Americans have at least heard of eating disorders. They hit the public’s radar with celebrity news of the 1980s and have faded in and out of media since. More and more people have shared their own stories online and off, and today, more than half of Americans personally know someone with the illness. A staggering 28.8 million people in our country will have an eating disorder in their lifetime.

But awareness is more than knowing that Princess Diana or Demi Lovato or your cousin had an eating disorder. It’s using that information—or any other reason you were introduced to these illnesses—to understand what they mean. Awareness involves learning more about eating disorders so that we can better prevent, identify, and treat them.

Eating disorders are complex brain-based illnesses influenced by a variety of biological, psychological, and social factors.

No one chooses to develop an eating disorder. The etiology is far more complex, and the field’s understanding of it continues to evolve. What is clear is that eating disorders are linked to a variety of biopsychosocial factors, including:

Eating disorders include a range of diagnoses and symptoms.

Anorexia is likely the most well-known eating disorder, but it is far from the only one. (In fact, binge eating disorder (BED) is more than three times more common than anorexia and bulimia combined.) Eating disorders manifest across a range of thoughts, feelings, and behaviors, categorized in the DSM-V as such:

It is important to note that no eating disorder diagnosis is “better” or “worse” than another. No matter how an eating disorder presents, it poses serious emotional, psychological, and physical health risks.

The stereotype that eating disorders affect only thin, young, white women is pervasive, powerful, and, most importantly, not true. Eating disorders know no bounds. They span the spectrum of age, race, gender, sexual orientation, class, and weight—all demographic categories. They do not look a certain way.

Though eating disorders affect people of all backgrounds, vast disparities in access to care and quality of care do exist. Much of our field’s research and clinical understanding of eating disorders is based on the experiences of white women, and men and people with marginalized identities are less likely to access care. As our field works toward equity and inclusion, we need to account for the fact that eating disorders cut across all demographics.

Eating disorders are illnesses of secrecy and shame.

Eating disorders live in the shadows of secrecy and shame. They’re rarely obvious in either physical appearance or manner and demeanor. Those affected by the illnesses go to great lengths to hide or minimize their symptoms—it’s part of the illness—and therefore, an unhealthy relationship with food and body can long go unnoticed.

Shame also keeps the illnesses secret. Stigma, stereotypes, and self-criticism contribute to the false belief that an eating disorder makes one weak, vain, or selfish. Eating disorders are not a reflection of a person’s character, but judgment from oneself and others often lead a person suffering in silence to believe otherwise.

Eating disorders are not a phase, fad, or some eating quirk. They are illnesses with significant, potentially life-threatening consequences to both the mind and body. In fact, eating disorders are the second deadliest mental illness, surpassed by only opioid use disorder. One person in America dies every 52 minutes as a result of eating disorder complications.

In cases where an eating disorder is not lethal, the illness deeply impacts daily functioning. They affect a person’s thoughts, feelings, and behaviors and interfere with work, school, and other commitments. They cause damage to relationships and to a person’s very sense of self.

All eating disorders are worthy of care.

Eating disorders of all types are treatable and worth treating. Many people with these illnesses wonder whether they are “sick enough” for care, usually comparing their illness experience to that of others.

The reality is that all eating disorders deserve care. The symptoms present in diverse ways, one disorder aligning with DSM criteria differently than the next, but any unhealthy relationship with food or body warrants serious attention and concern.

The Emily Program provides exceptional, individualized care for eating disorders of all types for people of all ages and genders. If you or someone you know is struggling, please call 1-888-364-5977 or complete our online form today.