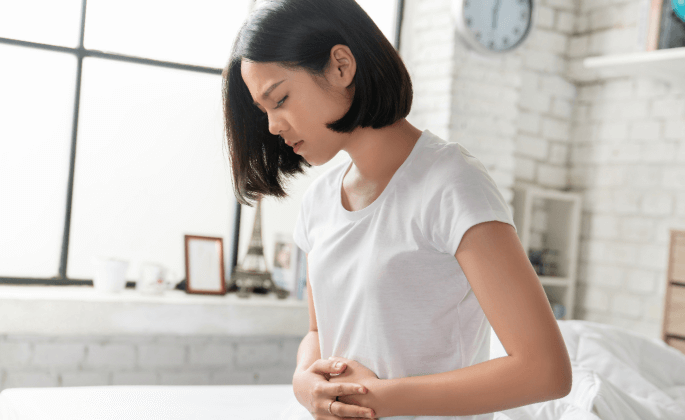 We in the eating disorder field are generally wary of restriction. Dieting is a key risk factor in the development of eating disorders, and eliminating it and other disordered behaviors is central to healing. One of the biggest gifts of recovery is the opposite of restriction: a life where food is just food, and all foods fit.

Even so, “all foods fit” does not necessarily mean that all foods fit for all people at all times. Like any pithy “all” statement, this generalization does not represent any unique considerations. For those with special dietary restrictions, all foods quite literally do not fit. For those with allergies and intolerances, some foods are forever off-limits, and those with conditions like type 1 diabetes or celiac disease need to closely monitor ingredients to avoid triggering their physical illness.

Similarly, gastrointestinal disorders such as inflammatory bowel disease (IBD) often require dietary restriction as part of their treatment. The relationship with food is especially complicated for people in this situation. IBD symptoms can overlap and interact with eating disorder ones, and there is no one nutritional plan proven to work for all of those suffering.

What is Inflammatory Bowel Disease (IBD)?

As its name suggests, inflammatory bowel disease (IBD) is marked by chronic inflammation of the gastrointestinal tract. “IBD” is a general term that describes both Crohn’s disease and ulcerative colitis, conditions distinguished by the parts of the digestive tract affected. Crohn’s disease can impact any part of the tract from the mouth to the rectum, whereas ulcerative colitis specifically affects the large intestine, or colon.

Despite the similar acronyms, IBD differs from IBS (irritable bowel syndrome) in that IBD is inflammatory and “structural”—it causes physical damage visible in CT scans and other tests. IBD symptoms may come and go, alternating between flare-ups and periods of remission. They resemble but are generally more severe than IBS symptoms:

What is the link between IBD and Eating Disorders?

Research, though extraordinarily limited, suggests an overlap between IBD and eating disorders. The few available studies show that IBD may indeed play a role in eating disorder development and illness. This research describes the relationship between the two conditions as reciprocal—they affect and are affected by each other. The presence of IBD can complicate illness and recovery from an eating disorder and vice versa.

As with intentional weight loss related to dieting, unintentional weight loss caused by IBD-related symptoms may interact with other biopsychosocial factors to trigger the development of an eating disorder. The experience of physical discomfort when eating can also heighten anxiety or fear at mealtimes, and the unpredictable nature of IBD can spark a desire to limit intake in an effort to limit IBD symptoms. Doing so may provide an illusory sense of control around food, or a general means to cope with the stress of a debilitating gastrointestinal illness.

Eating disorders can reciprocally complicate IBD symptoms, too. Behaviors such as bingeing and purging can cause significant damage to the digestive system, a system already compromised by conditions like IBD.

IBD and eating disorders are difficult to treat in and of themselves. Situations where they coexist are only more complicated. Treatment recommendations sometimes seem at odds, and it can be challenging and frustrating for people with both conditions to learn how to manage one without exacerbating the other.

A primary goal of eating disorder treatment is to make peace with a variety of food, to approach meals and snacks with an open and neutral mindset. A reality of treating an IBD flare, however, is to approach food carefully in order to identify and avoid any that may trigger gastrointestinal symptoms. For some, the list of foods to avoid is short and clear, while others may need to avoid all food for a period of time and rely on intravenous feeding or feeding tubes instead.

While this restriction may help alleviate gastrointestinal symptoms, at the same time it can trigger eating disorder ones. Not maintaining a regular eating schedule can heighten urges to binge or continue restricting, as well as complicate the ability to return to a regular meal plan when digestive issues have calmed down. Additionally, it is extra difficult to approach foods neutrally in IBD—to strip them of “good” or “bad” labels—when some foods do indeed cause real physical consequences.

How to Manage Co-occurring IBD and Eating Disorders

Though eating disorder recovery may be more complicated for those with IBD or other digestive conditions, it can and does still happen. In eating disorder treatment, a client’s team can help them learn to cope with the stress of IBD management and any disordered urges that come with it.

The Emily Program takes a personalized approach to eating disorder treatment and recovery. Please give us a call at 1-888-364-5977 or visit us online to learn more about the care we offer.