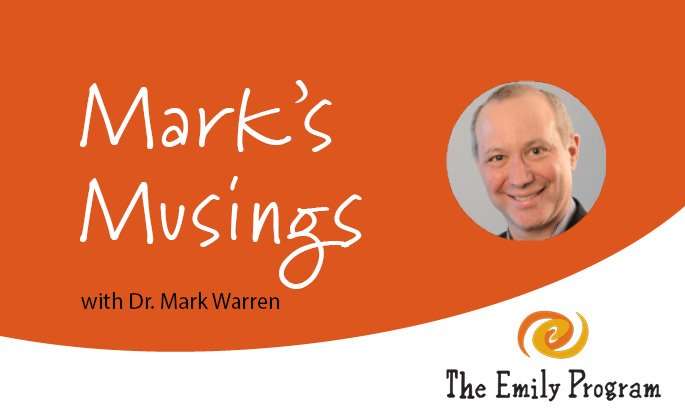 One of the many complexities of treating eating disorders is the multiple biases that we must confront. Some are obvious and some are hidden, but in either case, the bias makes it difficult for some people to access treatment or fully benefit from it.

Fault in the family

One bias we must address is the belief that eating disorders are caused by fault in the family. Parents are often blamed by friends, family and sadly, in many cases, by professionals. As if the parent did something wrong and that’s the reason their child has an eating disorder.

Today, we know with a high degree of certainty that parents are not at fault and, on the contrary, can help their child recover from an eating disorder. However, this bias makes it difficult for professionals to refer adolescents for treatment and for parents to feel empowered to get treatment for their child.

The second bias we must overcome is the notion that if you have anorexia it’s okay to gain only a portion of the weight back. It’s a bias that can be seen throughout our culture and the medical profession. People have a tremendous amount of fear about being overweight and think being somewhat underweight is a good thing.

In the medical profession, we know that clients who don’t reach their goal weight are at an increased risk for relapse and still battle eating disorder thoughts and feelings. It’s very clear at this point that clients need to gain enough weight to be strong enough and healthy to fully recover.

A third bias we encounter has to do with age. Because eating disorders are understood to develop in adolescents, they are often missed when first presented in people in their 30s, 40s and 50s. However, many people who grew up in times before there was adequate eating disorder treatment may have had symptoms present in their adolescent years, but never got help.

Additionally, about 10 percent of people will develop anorexia in later years, so it’s important that we always keep our eyes open for anorexia, bulimia or binge eating disorder. The illness can develop later in life.

A fourth bias to address relates to gender. Because men have been systematically excluded from research and treatment studies, and because treatment is designed to help women, men go unnoticed when they have an eating disorder. Worse yet, even if a man is diagnosed and referred to treatment, men are much less likely to get and maintain treatment in our current environment.

Another important bias we must confront is weight stigma. Eating disorders have historically been identified as a “thin disease” and some people believe people who aren’t thin can’t have an eating disorder.

With society as a whole, it’s difficult to escape how weight creates a bias in our understanding of eating disorders.

There are many other biases that exist, and if there are topics our readers would like us to address, please let us know. We’d be happy to do so.

The bottom line is it’s important to examine all of our beliefs about how, why and when someone has an eating disorder and what we can do to guide them along the road to recovery. This is the only way we will be able to help the most people and give them the greatest benefit from our eating disorder treatment.