Can You Have Anorexia and Bulimia at the Same Time? 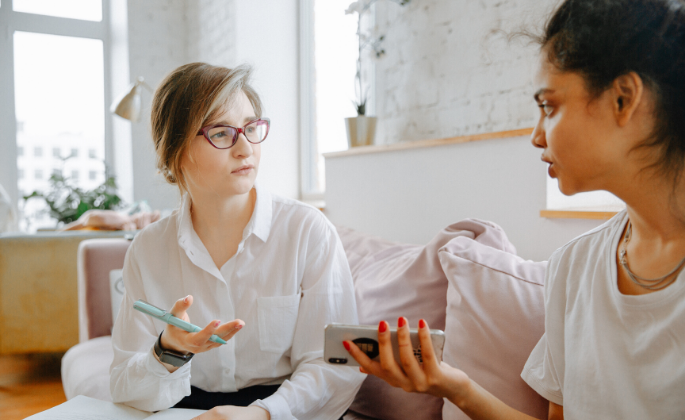 Is it possible to have two eating disorders at once? What if you restrict and binge and purge? Is that anorexia or bulimia? Both? Neither?

It’s a common question, one that makes sense to ask. Many people do experience a continuum of disordered behaviors within or over the course of their illness, at times restricting, bingeing, and purging. One behavior leads to another in what is often called the eating disorder “cycle.” Trapped in this cycle, people experience symptoms that overlap multiple eating disorder diagnoses. They may be left to wonder: Exactly what, then, is the appropriate diagnosis?

Often we equate anorexia with restricting and bulimia with bingeing and purging, but The Diagnostic and Statistical Manual of Mental Disorders (DSM–5) offers additional specification. The following criteria are used by professionals to diagnose different types of eating disorders. To be diagnosed with either anorexia or bulimia, a person must fully meet the respective criteria below.

There are two subtypes of anorexia:

Many eating disorders do not fit within the narrow definition of either anorexia or bulimia. These situations may merit another diagnosis, OSFED.

For those who do not meet these strict anorexia or bulimia criteria but do engage in restricting, bingeing, and/or purging, the DSM-5 offers another category: Other Specified Feeding or Eating Disorder (OSFED), formerly known as Eating Disorder Not Otherwise Specified (EDNOS). Despite the representation of OSFED as the “other” and “atypical” eating disorder, this diagnosis describes a real eating disorder in its own right. It should be regarded with the same serious concern as anorexia and bulimia (as well as BED and ARFID).

Within OSFED are a few presentations that closely resemble anorexia and bulimia:

A person typically has one eating disorder diagnosis at a time, but that diagnosis can and often does change over time; the combination of symptoms fluctuates and with it the appropriate diagnosis. This movement among diagnoses or diagnostic subtypes is called diagnostic crossover, and is especially common in those with anorexia nervosa. Research has shown that about one-third of those with anorexia cross over to bulimia and 14 percent of those with bulimia cross over to anorexia (Eddy, Dorer, Franko, et al., 2008). Between anorexia subtypes, up to 62% of patients with restricting-type anorexia later develop the binge eating/purging-type (Eddy, Keel, Dorer, et al., 2002).

What’s in a Diagnosis?

Diagnoses are primarily clinical tools meant to equip clinicians and researchers with language to clearly discuss, study, and treat eating disorders. Like any classification system, the DSM is useful for organizing information but limited in its ability to perfectly capture individual experiences.

This reminder is especially important for people with eating disorders, illnesses that strongly impact self-identity. Those with eating disorders often do attach their identity to their illness, interpreting a diagnosis not merely as a description of symptoms but of themselves. For many suffering, anorexia exists at the top of a diagnostic hierarchy. It is viewed as more “serious,” more “legitimate,” or otherwise more “important” than the other diagnoses.

In reality, all eating disorders require proper identification, intervention, and treatment. No matter its unique presentation or combination of symptoms, an eating disorder is serious and warrants appropriate attention and care.

Diagnoses are best made by qualified clinicians who specialize in eating disorders. To connect with The Emily Program for an assessment, take a moment to complete our online form or call our admissions team at 1-888-364-5977.