Are Social Difficulties a Risk Factor for Anorexia? 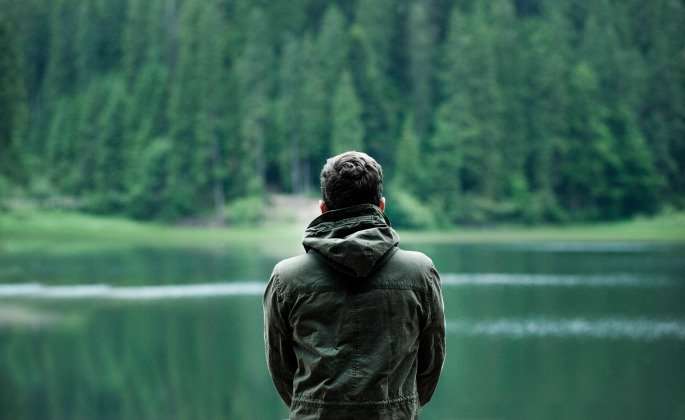 Research has consistently shown that many people living with Anorexia Nervosa report difficulties with social situations, smaller social networks, and trouble regulating emotions in some social settings. Here we’ll explore why social difficulties are often a precursor to and maintenance factor of anorexia and what can be done to mitigate the issue.

Anorexia Nervosa is a severe eating disorder characterized by dramatic weight loss, excessive calorie restriction, and obsessive thoughts about food and body image. While anorexia is an illness individuals can recover from, it has the highest morbidity rate among all psychiatric disorders, so it is essential to get treatment as soon as possible. Read more about anorexia here.

Social skills refer to the communication skills needed to allow people to interact effectively and appropriately with those around them. These skills can include the ability to form various kinds of relationships, connect with others, share stories, offer and receive emotional support and set boundaries. Good social skills facilitate the growth of a strong social network, where individuals find belonging and are free to express themselves and what matters to them.

Most basic social skills are learned over time, starting in the family and expanding with a person’s life experience. By grade school, most parents will have taught their children how to introduce themselves to others and play nicely. By high school, most will have an understanding of how social groups work and how to communicate effectively within them. While social skills can be gained and refined throughout life, scientific evidence does suggest that certain traits like sociability and anxiousness are at least partly hereditary (Katsnelson, 2017). So, while it may become habitual for individuals to introduce themselves to new people, the desire and degree to which a person wants to socialize is somewhat predetermined by their genes. This predetermination may result in certain people experiencing social difficulties and result in a lack of a social support system.

Social difficulties typically refer to challenges that result in an individual feeling disconnected or isolated from those around them. These difficulties may include social anxiety, an inability to form new friends, and an absence of strong boundaries. This lack of social ease causes people to suffer in various ways. In a study conducted by Chris Segrin, the head of the University of Arizona’s Communication Department, it was shown that those “who had deficits in [social] skills reported more stress, more loneliness, and poorer overall mental and physical health.” In particular, the social traits they looked at were feelings of inadequacy, sensitivity to rejection, pain avoidance, a lack of assertiveness, and a lack of general social competence. They saw that when individuals didn’t feel like part of a social group and chose to actively work to avoid judgment, they developed tendencies to engage in other methods of control, such as restriction and disordered eating. While poor social skills were noted as a precursor to eating disorders, it was also shown that they were a major factor in maintaining the illness.

Social Difficulties as a Precursor to Eating Disorders

Another similar study found that social difficulties do precede eating disorders in a vast majority of people (Segrin, 2018). Specifically, those diagnosed with anorexia recalled struggling during childhood to assert themselves in their family and friend groups. They also demonstrated a fear of negative judgment, which resulted in abnormal eating habits and behaviors. For example, when individuals felt judged for their appearance or weight, they tended to use disorder eating behaviors in an effort to control their appearance and eliminate judgment. When it came down to it, individuals noted that they used dietary restrictions and weight loss as a way to control their social status and to maintain being seen as attractive and socially acceptable.

Social Difficulties as a Maintenance Factor in Eating Disorders

While social difficulties may be a precursor to disordered eating, they are a definite factor in maintaining the illness.

What Can We Do?

If a lack of social skills not only contributes to an eating disorder but also maintains it, what can those suffering from anorexia and other eating disorders do? For those living with an eating disorder, it is important to start small and to realize each choice you make can lead you to a brighter, fuller life. First, it is recommended to seek professional treatment and to take the first step to recovery. If you are seeking treatment, reach out to The Emily Program at 1-888-364-5977 for personalized help. Second, try setting a small goal for each day. This could be reaching out to a friend or saying hello to someone you see regularly. As this becomes easier, start slowly building a strong social network of people who will be in your corner during recovery. Meet up with supportive friends when possible, or maintain friendships via texting or phone calls. Recovery is easier if individuals are connected to others who advocate for their recovery as well, so it’s important to reach out and stay connected.

If you are not experiencing an eating disorder but know someone who does, who may also have social difficulties, you can help, too! Reach out to them and express worry and concern. Offer treatment resources and be a listening ear. By offering this support, the individual may feel more able to take the hard step of starting treatment. If you offer suggestions for treatment, it could also alleviate social anxiety they have about finding options and speaking to folks on the phone at various facilities. As always, if you know someone struggling and have reached out and suggested treatment options, don’t give up! Be patient and remind them that you are there when they are ready. The most important thing you can do for a loved one who is suffering from an eating disorder is to stay present, stay engaged, and stay on their team.

It is important that we understand that eating disorders can affect anyone, regardless of their gender, race, or any other demographic categorization. If you suffer from an eating disorder or know someone that does, see our self-assessment quiz, information on warning signs, or information about referring a patient. For additional questions or someone to speak with, call The Emily Program at 1-888-364-5977.