A Mother’s Journey From Grief to Action, Part 2 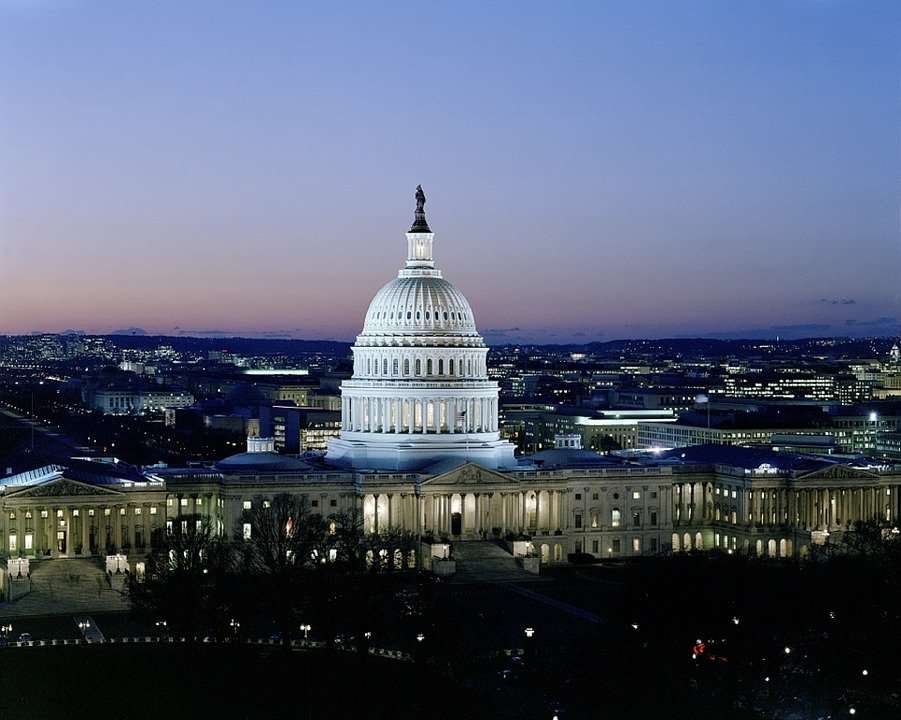 May your voice never die

Before I go into detail about the Anna Westin Act I thought it would be interesting for readers to learn how the “dream” of eating disorder legislation became a reality.

Legislation was made possible through The Eating Disorders Coalition (EDC), an organization based in Washington D.C. that is on a mission to advance the recognition of eating disorders as a public health priority throughout the United States. The EDC was formed 16 years ago by a group of six organizations as a way to bring eating disorder issues to the attention of policymakers in our nation’s capital. I am an original member, past president, and current board member of the EDC. We are now a group with nearly 50 member organizations and hundreds of individual members. In addition to utilizing grassroots advocates to help us accomplish our goals, the EDC employs a policy team that has over 25 years of experience working on mental health issues on Capitol Hill. We understand the good, the bad, and the ugly of politics.

Developing, introducing, and finally passing federal legislation is complex, time-consuming, and can be frustrating. One fun way to introduce you to D.C. politics is to invite you to review a short film that you probably watched in middle school. Do you remember, “I’m Just a Bill”? Check it out on YouTube for a blast from the past!!

Before new legislation is introduced, there are countless planning meetings and hours of work that take place behind the scenes. Hours of discussions and hundreds of revisions take place before a proposed bill is ready to be “shopped around” in Congressional offices. Finding sponsors who will support a proposed bill is necessary and can be difficult. Once a potential lead sponsor is identified, a new round of meetings takes place before a bill is given the go-ahead to be introduced in the House or the Senate. This process is arduous and can take many months or even years. It requires patience, building relationships, negotiations, and accepting compromise.

The EDC had a comprehensive bill called the Federal Response to Eliminate Eating Disorders Act (FREED) that was introduced in 2009 before we started working on the Anna Westin Act. FREED was the first comprehensive bill specific to eating disorders in US history. The EDC held two national policy conferences that brought together patients, families, providers, researchers, education/prevention experts, and advocates to create the first draft of the bill. At that time, both houses of Congress favored passing sweeping legislation that addressed mental health issues. However, the political climate changed in Washington D.C. In order to get a bill introduced that had any chance of passing, we also had to change.

The EDC had to step away and consider its next move. The result was the decision to “recreate” FREED into a new eating disorders-specific bill: the Anna Westin Act. The decisions on to what to include in the Anna Westin Act were not taken lightly and were not made in a vacuum; we worked hard, did our homework, and sent our policy team into both Democratic and Republican offices to get ideas and feedback. In addition, we polled EDC member organizations, individual advocates, and invited the public to contact the EDC with suggestions. We took all ideas seriously. The components of the bill were carefully thought out to make it appealing to both Democrats and Republicans and many of our friends in the House and Senate have confirmed that they will support the Anna Westin Act by signing on as sponsors and cosponsors.

On May 21, 2015 the Anna Westin Act (HR 2515) was introduced in the US House of Representatives with bipartisan support from Rep. Ted Deutch (D-FL-21) and Ileana Ros-Lehtinen (R-FL-27). And, on July 28, 2015 The Anna Westin Act (S. 1865) was introduced in the Senate by Democratic Senators Klobuchar and Baldwin and Republican Senators Ayotte and Capito. The Anna Westin Act is the culmination of thousands of hours of work by hundreds of people over many years and it will address some of the most problematic issues facing people who are affected by eating disorders. It will improve early detection and care for eating disorders by providing training for physicians, health professionals, school personnel, and the public. It will clarify the Paul Wellstone and Pete Domenici Mental Health and Addiction Equity Act of 2008 to ensure that all levels of treatment are covered by insurance. In the House, it will require that the Federal Trade Commission studies and reports on whether regulation is needed for digitally altered images of people in advertising, and if so, suggest strategies to achieve regulation.

I am very happy to report that the Anna Westin Act has achieved significant progress. We now have 72 cosponsors in the US House of Representatives and 12 United States Senators cosponsoring the bill. We are working to bring more members of the House and Senate on board and we are also working with Congress to get language from the bill included in broad mental health reform bills that are currently being considered by the House and the Senate. March 16, 2016 was a historic day for the eating disorders community when provisions from the Anna Westin Act passed with unanimous, bipartisan support in the US Senate Health, Education, Labor, and Pensions (HELP) Committee. This was a huge victory and we are excited to keep this momentum going by continuing our efforts during Eating Disorders Coalition Lobby Day on April 18, 2016.

One of the ways the EDC has been successful in bringing our message to policymakers is through our advocacy training and Lobby Days in Washington D.C. and virtual Lobby Days in your home state.  The people who come to D.C. for Lobby Day receive training on how to be effective grassroots lobbyists and then, as part of a team, speak with Members of Congress at meetings the EDC has set up. Our advocates share the impact that an eating disorder has had on them personally, as well as talk about the Anna Westin Act and how it will help those impacted by eating disorders. The EDC website has short videos designed to help you understand grassroots lobbying and what to expect at EDC Lobby Day.

The Anna Westin Act does not make me giddy with excitement. In fact, it makes me incredibly sad because it comes too late to help Anna. But it does give me hope that necessary change can happen and it won’t take another 16 years of suffering for this change to happen. The Anna Westin Act is not about Anna or our family, it is about the millions of people who struggle with eating disorders. It is about creating a world where eating disorders are understood, taken seriously, treated effectively, and prevented whenever possible.

I sincerely hope that the entire eating disorder community; including people who struggle, family and friends, professionals, policymakers, and the community in general will get behind the Anna Westin Act. By working together we can continue to make progress in the fight against eating disorders. We know that by working together we can prevent more people from suffering and dying. Your voice IS important and in Anna’s words: “may your dreaming never end and your voice never die.”