5 Things Not To Do After A Binge 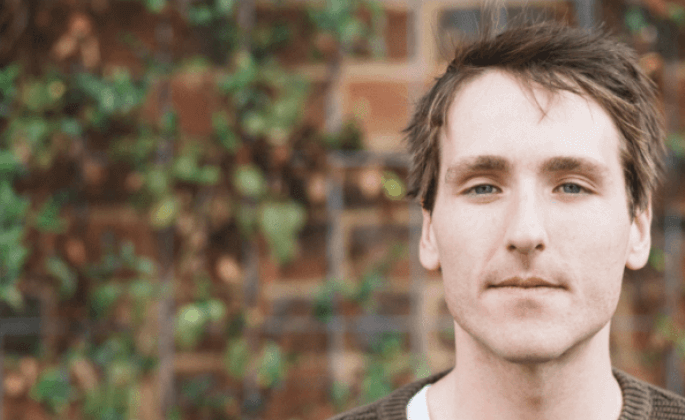 **Content warning: This post includes discussion of purging behaviors. Please use your discretion when reading and speak with your support system as needed. The following information is not intended as medical advice or as a substitute for professional treatment.

Dr. Jake Linardon (Ph.D.) is the founder of Break Binge Eating and works as a Research Fellow at Deakin University, Melbourne, Australia. Jake’s work involves trying to better understand and treat eating disorders, particularly through the use of innovative technologies. Jake has published over 40 peer-reviewed journal articles, across the world’s leading psychiatry and clinical psychology scientific journals, and serves on the editorial board for the International Journal of Eating Disorders and Body Image. Jake is passionate about increasing access to evidence-based care among people with eating and body image issues. Learn more about Jake on his website, Instagram, Facebook, and Twitter.

When looking for resources to help you deal with binge eating, chances are you’ll come across content that discusses strategies to prevent or stop the behavior.

This is a very important oversight because many people are left not knowing how to behave after they’ve had a binge. Such knowledge is critical if you are to fully break out of the binge cycle long-term.

In this article, I’ll discuss five important things that you shouldn’t do after an episode of binge eating.

1. Do not commit to new food rules.

The worst thing you can do after a binge is to start thinking about or planning your new diet and all of the food rules that come with it.

I understand that this is a common temptation, particularly since you might have consumed many calories in one sitting and have felt awful about your body image.

However, a new diet isn’t the answer.

In fact, a reason why you probably binged in the first place was because of the previous diet you set yourself. In this way, planning to commit to a new diet is akin to planning your next binge.

You want to avoid this diet mindset after a binge because this is when you’re most susceptible to set yourself harsh and unrealistic food rules that are setting you up for failure.

As per the point above, there’s a common temptation to skip your next few meals because you’ve consumed so much food during your binge.

While this might make some sense logically, it’s actually not a good thing to do because it will take away your structure, disrupt your routine, and cause some internal chaos.

And if you allow for this lack of structure, chances are that the binge will come back even sooner and at a more intense level.

So, after a binge, you want to plan the rest of the day’s meals so that you can keep a routine.

If you binged during the day, plan what your dinner and supper will be.

If you binged late at night, plan the next day’s meals and snacks.

Adhere to this plan.

It doesn’t matter whether you’re hungry or not, you’re eating these meals because it will provide some much-needed structure and will prevent any subsequent binges that occur as a result of unstructured, chaotic eating habits.

3. Do not increase your social media usage.

After a binge, chances are you’re not feeling particularly good about yourself.

Your self-esteem has likely taken a hit, you feel unashamed about your behavior, and you’re unhappy with your body image.

Social media can exacerbate these issues.

The highlight reel of peoples’ social media accounts makes us think that others have it all while why we’re left alone on a Saturday night bingeing on sweets.

This has the potential to induce another binge episode shortly after, with a repeated cycle soon to follow.

You want to disconnect with social media and focus on yourself.

Do things that you find enjoyable, relaxing, or even distracting after a binge.

If you can successfully do this, not only may it bring an immediate increase in mood, self-esteem, and a more positive life outlook, but it will go a long way toward stopping any more binges that evening.

4. Do not turn to methods of purging.

They’re practiced in an attempt to mitigate the effects of all of the calories consumed during a binge. Those who purge often feel so guilty about binge eating and are desperate to try to undo the effects of the binge. There are a couple of reasons why you shouldn’t purge after a binge.

One, it’s actually not going to produce the desired effect you think it will have. Self-induced vomiting expels only a very small percentage of the calories consumed, while taking laxatives or diuretics doesn’t rid any of the calories – they just make you feel less bloated.

Two, purging is dangerous and potentially harmful to your health. Self-induced vomiting can create electrolyte imbalances, which can have potentially life-threatening consequences. Purging can also mess up your metabolism.

For these two compelling reasons and more, you should not turn to purging as the answer to your binge.

After a binge, you might be wallowing in shame, pity, and self-doubt.

Though understandable, it’s not productive and you want to avoid this.

“Doing nothing” will just make things worse; it will make you even more depressed, heighten concerns about eating, weight, and shape, create tension and anxiety, and bring up many unhelpful thoughts.

All of these things are not only directly impairing, but they’re also short- and long-term binge triggers.

To that end, it’s best that you get up and do something after a binge.

Do something that’s realistic, enjoyable, and actionable.

Things like: getting a massage, going for a light walk, calling your best friend, taking your dog to the park.

If you commit to an activity like this after a binge, your negative perceptions and thoughts about what you had done will more quickly subside and you’ll be able to get back on track and work toward preventing any more binges.

Be patient and keep trying

But you can be proactive and better deal with them after they happen.

These are just five simple things you shouldn’t do after a binge, and for best results, I’d suggest you engage in all five rather than picking and choosing between them.

Just remember, it will take time and patience to get a handle on your binge eating.